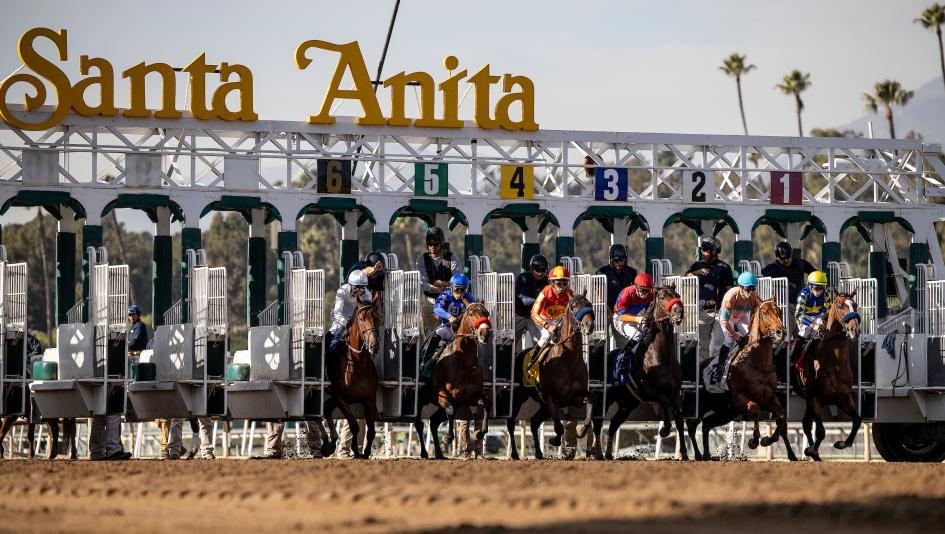 The past two years, the Sham Stakes at Santa Anita Park has been a key prep on the Road to the Kentucky Derby, producing the last two winners of the first leg of the Triple Crown. Authentic captured both races in 2020, and last year’s Sham runner-up, Medina Spirit, took the run for the roses, both doing so for Hall of Fame trainer Bob Baffert.

Should Baffert win or place with a horse in the upcoming, $100,000 Sham Jan. 1 – and he runs two, Rockefeller and Newgrange – it may not have the same implications for the classic. Though the Sham offers Kentucky Derby Presented by Woodford Reserve qualifying points on a 10-4-2-1 scale, horses trained by an individual suspended by Churchill Downs do not amass points under current track rules.

Acting as a property owner, Churchill Downs Inc. suspended Baffert through the 2023 spring meet at Churchill Downs after Zedan Racing Stables’ Medina Spirit tested positive for betamethasone after a first-place finish in the May 1 Kentucky Derby there. Eight months after the race, a stewards’ hearing involving the Derby has not yet occurred.

The colt tragically collapsed and died from a suspected heart attack after a Dec. 6 workout at Santa Anita.

Irrespective of Derby points, Baffert, a seven-time winner of the one-mile Sham, still figures to be a force Saturday with his trainees, who take on just three foes, Oviatt Class, Mackinnon, and Degree of Risk.

Rockefeller, who races for SF Racing, Starlight Racing, Madaket Stables, Stonestreet Stables, and Robert Masterson, is 2-for-3, having won a maiden race and the Nashua Stakes at Belmont Park, with a fourth-place finish in the American Pharoah Stakes in between.

John Velazquez rides Newgrange while Flavien Prat is aboard Rockefeller.

Mackinnon, who races for Colorado Avalanche defenseman Erik Johnson’s ERJ Racing, Madaket Stables, and Dave Kenney, has the class to contend in Saturday’s race. That is, if the American Pharoah colt can transfer his form from turf to dirt. All three of his wins have come at a mile on grass, including two stakes victories, and he was third in the Breeders’ Cup Juvenile Turf at Del Mar Nov. 5. His only prior start on dirt resulted in a lackluster fourth-place finish in a 4 ½-furlong sprint at Santa Anita on debut May 9.

“He’s always worked good on the dirt,” said his trainer, two-time Derby winner Doug O’Neill. “His debut on dirt wasn’t as good as we hoped. We’ve seen a lot of these American Pharoahs run well on the turf, so we jumped him to the turf, and we started seeing him start showing what we were seeing in the mornings.

“It’s one of those things where we’re hoping his physical and mental maturity will enable him to run on the dirt at the same level he’s been running at on the turf.”

Since returning from Del Mar, he has posted four fast breezes at Santa Anita. In a tandem drill over the training track Dec. 19, he spotted an outclassed workmate about five lengths, traveled keenly to reel in that rival, and then overpowered his competition. He covered five furlongs in :59 1/5.

Juan Hernandez, aboard Mackinnon in his last five races, returns in the irons.

“We know the waters are going to be deep on Saturday, but we’re thinking he’s ready to swim with them,” said O’Neill, who won the 2013 Sham with Goldencents.

He is 1-0-2 in five starts, a record that includes a third-place finish behind Corniche and Pappacap in the American Pharoah at Santa Anita Oct. 1.

The remaining entrant, Godolphin‘s Degree of Risk, has four stakes-placings for trainer Eoin Harty, all on turf or synthetic. The most prestigious was a third in the Summer Stakes at Woodbine Sept. 19. Umberto Rispoli will ride Degree of Risk for the first time in the Sham.

Where to Watch/Listen: Horse Racing Coverage for Jan. 20-23

2022 Lecomte Stakes at a Glance

Will Horse Racing Betting Ever Move Onto Mainstream Betting Apps?