As Facebook Gaming continues to grow, Meta’s now looking to take its gaming elements to the next level, with various new interactive additions designed to help gaming streamers and fans get even more out of the experience.

“Today, we’re excited to announce our first investments in Play Watch Connect: a new framework to help us deliver more immersive and engaging social experiences that build community around games on Facebook. Products in the new Play Watch Connect framework will bridge three pillars together — playing games, watching gaming video, and connecting with others around games — to create richer experiences between people on our platform.”

The main aspect here is adding playability into game streams, so that when you’re watching a streamer, you’ll be able to jump in, at the click of a button, and play the same game that they are at any time.

You get a sense of how this will work in this new clip, previewing the new ‘Pac Man Community’ game on Facebook’s gaming platform, with the capacity to join a streamer while you watch, without having to download a game and wait to dive in. The stream you were watching then reduces to picture-in-picture mode, so that you can keep viewing as you play.

That could facilitate all new interactive opportunities, and while the games do have to be fairly lightweight to enable immediate playability without downloads, there is capacity to expand this further with pre-loaded games and other options that can enhance that immediate connection.

It’s also a good way for Facebook to promote new games, by working with popular streamers to showcase the latest additions. And with users able to easily jump in, that could get a lot more people playing these games, and building communities around the same.

In addition to this, Facebook’s also adding a new ‘Facebook Interactives’ element:

“New experiences layered on top of livestreams. In the future, these might include trivia questions, audience polls, and even playable games on-stream. The limits of these experiences stretch as far as our developers’ creativity, and won’t necessarily be limited to gaming.”

Essentially, Facebook’s looking to maximize the community engagement around gaming by inviting more participation, which could be a good way to connect with the expanding gaming sector, and help Meta maintain connection with younger audiences.

And while it’s not at the level of gaming giant Twitch just yet, Facebook Gaming is growing, with StreamLabs reporting in October that Facebook Gaming overtook YouTube Gaming in terms of hours watched in Q3, the first time that Facebook’s gaming element has seen more interest than YouTube. 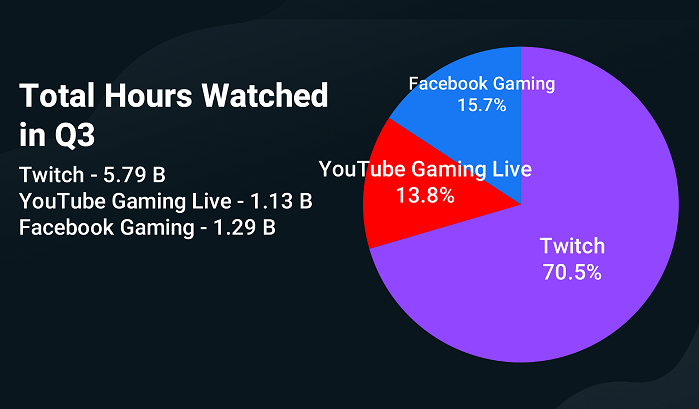 That’s especially significant when you consider the cultural influence of gaming overall, and Meta’s new push to win back younger users.

Facebook may not be the cool social app anymore, with TikTok taking that crown, but maybe, through an expansion of gaming, that could provide another avenue for resonance, which could help Facebook Gaming connect with younger audiences even more in 2022.

Bedtime Strategies for Children with ADHD

Meta Moves to the Next Stage of its Messaging Integration Plan, with E2E Encryption on Messenger Group Chats

Crypto and the Future of Business: A Primer : Social Media Examiner