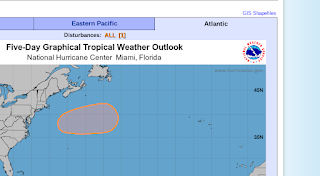 Discussion here can make you dizzy… 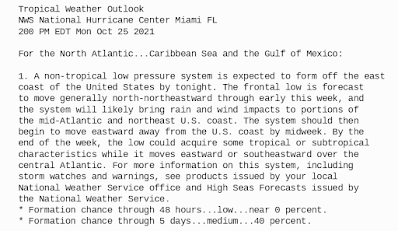 It is what it is, let’s just say that for now. It may be subtropical at some point, it may at some time become tropical. Mike calls it officially “A Fish Named Wanda” and can’t believe I didn’t think on that to be honest! So we may have a Fish called Wanda… that goes wandering around the Atlantic. And there’s Hurricane Rick down in Mexico.  https://zoom.earth/ 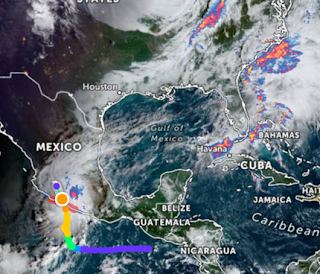 Let’s look at another view.

Closer in there’s a huge batch of rain about to cross over Florida and a nice coastal low off of the Carolinas. And, check out that dark, dry air in the SW Caribbean. Getting harder and harder to see how something really could develop there, climatologically favored or not. 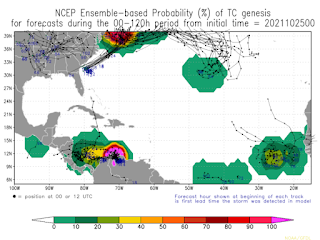 Yes models spit out possibilities like water melon seeds on a sunny day. But it’s not summer and we are way deep into Fall so they’d be pumpkin seeds. Maybe we could get a 40% orange circle down there and then just call it a day? Yet, we can’t and the 2021 beat of the hurricane season goes on with high latitude trouble of the tropical and wintry kind. But as you can see below the models keep churning out long range, possibile storms that never may form. 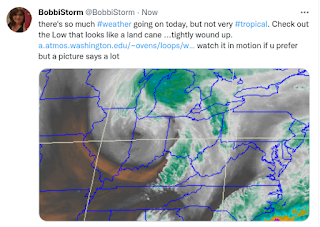 And we have a Land Cane! 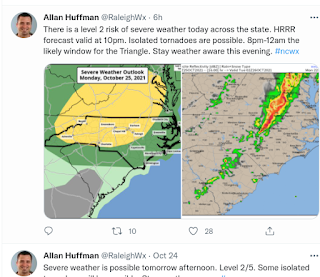 And I have a chance at possibly severe weather later today.

Earlier today we had a severe storm out of nowhere.

All red on the rada and the Apps had to play catch up.

As did the NWS… words matter. 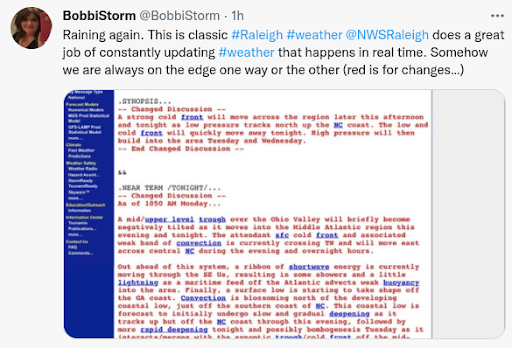 Weather Nation, TWC asked to use it.

Ended up being a good day.

Not a tropical one but a weather day.

And, I love to play in the weather.

There is a lot of storminess going on currently. Multiple storms along the West Coast, as Rick approaches from the South and the unnamed NW Storm pounds the coastline, fronts are parading South and East and something seems to be forming from it all off the Carolina Coast and slingshots, careening around towards Cape Cod but will it get a name? Mucho storminess; I know you’re wondering is that a word?

Have a great day!

I’ll be watching the weather….

…while taking care of other stuff.