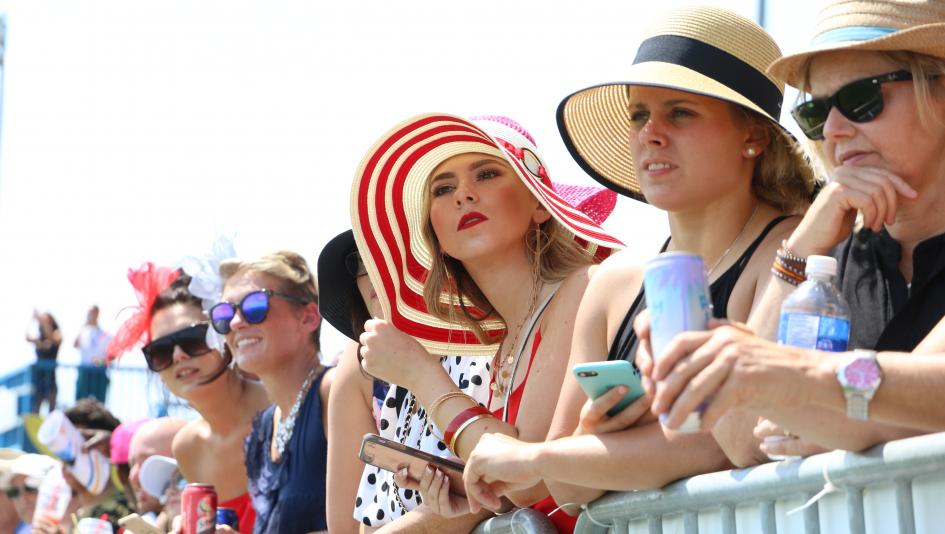 A big weekend of racing at Woodbine continues on Sunday with the $400,000, Grade 1 Natalma Stakes. The race is named after the dam of the great Canadian-bred racehorse and stallion Northern Dancer.

A competitive field of 10 2-year-old fillies will go postward in this one-mile grass contest, and the winner will earn a place in the starting gate for the Grade 1 Breeders’ Cup Juvenile Fillies Turf at Del Mar on Nov. 5 via the “Win and You’re In” Breeders’ Cup Challenge Series.

There’s no better trainer/jockey combination on turf in North America than Chad Brown and Flavien Prat. They’ve teamed up to win several major stakes races this year, including two Grade 1 races with the top grass horse in the country, Domestic Spending. Over the past 60 days, they’ve hit at a 25% rate when teaming up. As such, any horse they send out is automatically dangerous.

#10 Eminent Victor (6-1) made her debut on the synthetic main track at Arlington International Racecourse on July 17. She ran a big race, rallying late to win by 1 ½ lengths. After that win she was privately purchased and placed in Brown’s care. She’s been working well at Saratoga since then, including two workouts on turf, and Brown apparently thinks enough of her to ship her up to Canada, rather than wait for a spot on the east coast.

Betting Eminent Victor requires taking a few leaps of faith. She’s never raced on grass and has not run beyond five furlongs. However, if anyone can train her to victory in a spot like this, it’s Chad Brown. This is also Prat’s lone mount on the day. I don’t think he would come all the way to Woodbine for one ride if he didn’t think the horse was a serious contender.

It’s not every day you get a decent price on a Brown/Prat horse, and if Eminent Victor stays near her morning line she’ll be a tremendous value.

My second pick in here is #2 Pizza Bianca (4-1). She broke her maiden at first asking at Saratoga on July 22, swooping the field to win by three-quarters of a length. It was an eye-catching debut, and she looks primed to move forward in her second career start. This filly has some of the best late pace figures in the race and should take advantage of the long stretch run at Woodbine.

Mark Casse, one of the top trainers at Woodbine, has four entrants in this year’s Natalma. By far the most imposing one is #7 Diabolic (3-1). She’s a perfect 3-for-3 this year including two stakes wins at Woodbine. She’s getting better with every race. In the Catch a Glimpse Stakes last out on Aug. 21, Diabolic rallied from far out of it to post a one-length victory, defeating some of the horses she’ll see again Sunday. She’s easily the best locally-based horse in the race.

Any play in the Natalma should be designed to get as much value out of Eminent Victor. I will place a sizable win bet on her and play her on top of the other contenders in an exacta.

Wagering Strategy on a $25 Budget:

Best of luck in the Natalma!