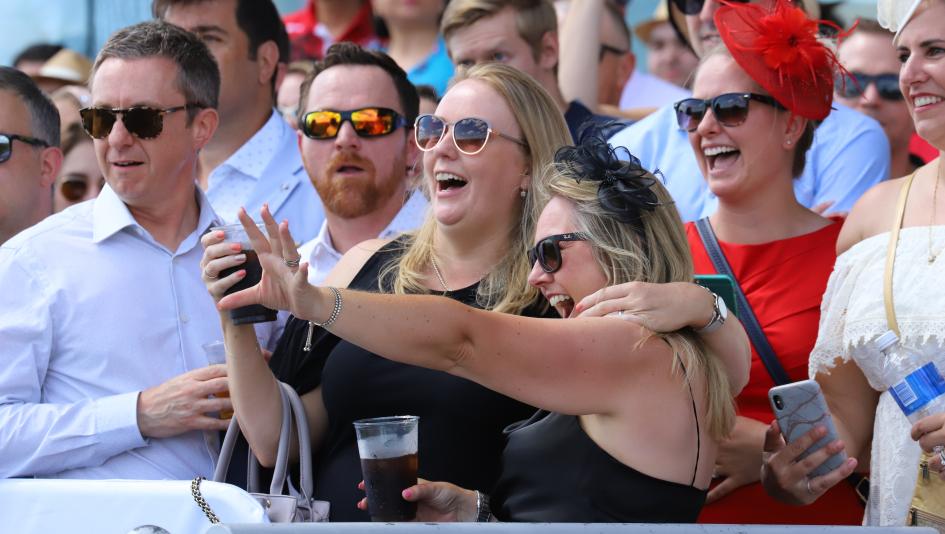 The 2021 edition of the $1 million Grade 1 Ricoh Woodbine Mile brings together a stellar 10-horse field vying for the winner’s share of the $1 million in prize money, as well as an automatic entry into the FanDuel Breeders’ Cup Mile Presented by PDJF. Olympic Runner deserves mentioning first as he comes into the race off a win in the Grade 2 King Edward Stakes last month. Town Cruise led from the start in the King Edward and will likely be the pacesetter from the moment the gate opens once again. King Edward third-place finisher March to the Arch, who finished second in the Woodbine Mile last year, is also a contender. Set Piece is another who is in top form, having won three stakes races on grass in a row before a runner-up effort in the Grade 1 Fourstardave Handicap at Saratoga one day before the King Edward was run at Woodbine. Ride a Comet finished third in the Wise Dan Stakes in June when last seen, a race won by Set Piece, and he won the Grade 3 Tropical Turf Stakes in January at a mile on grass.

Also deserving of consideration is Raging Bull, a Chad Brown trainee who leads the field in career earnings at $1.5 million and who finished a troubled fourth (elevated to third) in the 2019 Woodbine Mile. Raging Bull has finished second in the Grade 3 Poker Stakes and then sixth in the Fourstardave Handicap since winning the Grade 1 Maker’s Mark Mile in April. Avie’s Flatter won the Grade 2 Connaught Cup Stakes at the shorter distance of seven furlongs at Woodbine in July and then finished a close-up fourth in the King Edward. European imports Duke of Hazzard and Space Traveller try their hand here. Duke of Hazzard has not won a race since August of 2019 when victorious in the Group 2 Celebration Mile Stakes at Goodwood. Space Traveller shipped across the pond to run in the Grade 1 Mr. D. Stakes (formerly the Arlington Million) last month, rallying from last to finish fourth. Change of Control rounds out the field. She’s the only female in the race and her most recent success came in the Grade 3 Intercontinental Stakes in June at seven furlongs on turf.

Very small lines in the sand separate a number of these horses in terms of their probability for success in this year’s Ricoh Woodbine Mile, but I’ll start with Ride a Comet as the one I think can get the job done. Winner of five races from 10 career turf starts, Ride a Comet is a perfect two-for-two when running on the Woodbine grass. He’s also a perfect two-for-two on the Woodbine main track, which is the all-weather Tapeta surface. The most recent of his wins at Woodbine came last November, in the Kennedy Road Stakes, which was his second start following 13 months off and the second of three wins in a row. The win that followed was the best effort of his career, coming this past January when victorious in the Tropical Turf Stakes at the mile trip he’ll race Saturday. That effort earned a career-best 117 Equibase Speed Figure which is on par with the 117 figure earned by 2020 Woodbine Mile winner Starship Jubilee and the 116 figure earned by 2019 winner El Tormenta.

Earlier this year, Ride a Comet finished second behind Raging Bull in the Maker’s Mark Mile in a very strong field of nine and after going seven paths wide into the stretch. Most recently, Ride a Comet finished third in the Wise Dan Stakes, won by Set Piece, who returned to finish strongly for second in the Fourstardave Handicap last month. Better still, the Wise Dan turned out to be a very productive “KEY” race from which the runner-up finished second in the WinStar Mint Million Stakes. The fourth-place finisher won the Baltimore-Washington International Turf Cup last month, the fifth- and sixth-place finishers returned to run second in stakes, and the eighth-place horse came back to win a stakes race on the grass. As such, all signs point to Ride a Comet improving markedly out of the Wise Dan and if he repeats his Tropical Turf Stakes effort he can post the upset win in this year’s Ricoh Woodbine Mile.

Set Piece has run five “A” races in a row consisting of three winning efforts and two runner-up finishes. The best of those in terms of finish came when winning the Wise Dan in June, but the best in terms of how fast he ran was when earning a 116 Figure winning the Opening Verse Stakes in April at this one-mile turf trip, the first of three straight stakes wins before a big second-place effort rallying from last of eight in the Fourstardave Handicap last month behind the incomparable mare Got Stormy, who finished second (beaten just a half-length) in the 2019 Woodbine Mile. One of the key elements which suggests Set Piece, as well as Ride a Comet, can repeat their best recent efforts in this race is the fact that both have run their last five races without Lasix, which they will not be using in this event whereas four of the other top contenders will be racing without Lasix after running with it in their recent efforts in similar races. Set Piece has won nine of 17 races in his career including four of five on turf and gets the services of Joel Rosario, who comes off a strong performance at the tough Kentucky Downs meeting, winning 17 races and in many of those showing tremendous riding skills skimming the rail to victory.

Space Traveller is an “X Factor” and likely to be a longshot in this race. He’s won five of 20 races in his career, all on turf, including two at this mile trip. His biggest win came in the Group 2 Boomerang Solonaway Stakes two years ago this week, earning a 111 figure in the process at this distance and on a left-handed course like the one at Woodbine. Since then, Space Traveller has won only one of seven races, but two of those were notable. The first of the two came this past June when he won the Sky Bet Ganton Stakes in Great Britain after trailing early and at one mile on a left-handed course. The second came just last month when rallying from last of eight to get fourth in the Mr. D. Stakes at a mile and one-quarter distance, which he had never run previously. I believe that race was a prep for the Woodbine Mile and the cut back in distance will serve Space Traveller very well by providing him with a lot of late energy at this shorter trip. Perhaps most notable was the fact in the Mr. D., Space Traveller was pinched back at the start and was rank for the first part of the race. After relaxing, when asked to run he had no room, and then when he found room late and was allowed to stretch his legs, Space Traveller did just that but it was too late. Jockey Daniel Tudhope comes back from Europe to ride the horse once again and he has been aboard for four of his five career wins, suggesting Space Traveller can run a lot better than his high odds suggest he will.

Olympic Runner and Raging Bull also deserve mention. Olympic Runner has won just one of seven career starts on the Woodbine turf course but his most recent was his best yet as it came in the very similar King Edward Stakes last month, earning a 111 figure in the process. Olympic Runner missed by a neck in the Canadian Turf Stakes this past February with a 113 figure and without Lasix, but his two most recent efforts, including a neck defeat behind Avie’s Flatter in the Connaught Cup Stakes, were with Lasix. Raging Bull likely would have finished much better than fourth in the 2019 Woodbine Mile if not for significant traffic trouble. He was moved up to third via disqualification of the original third-place finisher and earned a 114 figure. This year Raging Bull won the similar Maker’s Mark Mile in April before missing by a head in the Poker Stakes then putting in a more lackluster effort when sixth as the even-money favorite in the Fourstardave. With world-class jockey Frankie Dettori riding, Raging Bull might have a say in the outcome of this year’s Ricoh Woodbine Mile.