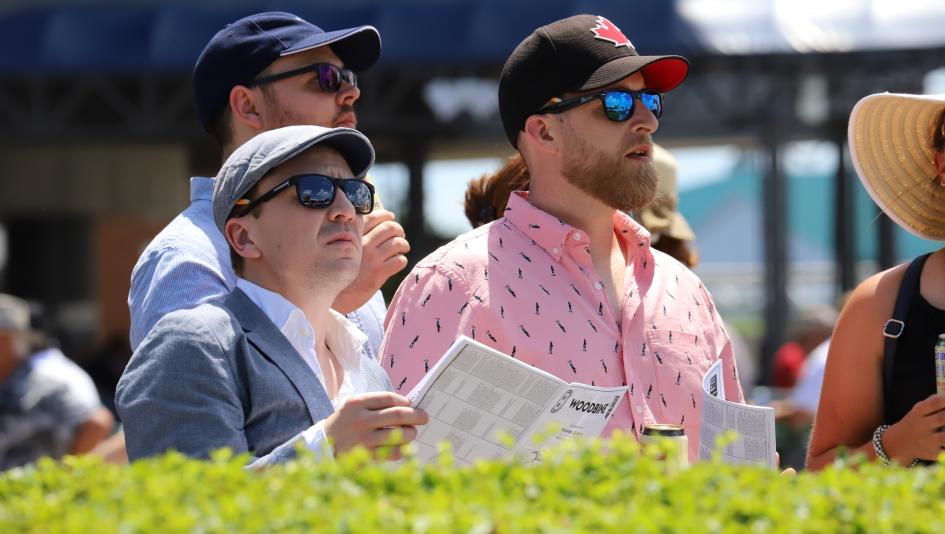 Saturday’s $1 million, Grade 1 Ricoh Woodbine Mile Stakes is annually one of the signature races at Woodbine along with the Queen’s Plate, Woodbine Oaks, and Pattison Canadian International Stakes. The Woodbine Mile is a Challenge Series “Win and You’re In” qualifier for the FanDuel Breeders’ Cup Mile Presented by PDJF at Del Mar Nov. 6 and this year’s renewal drew a competitive 10-horse field. Post time is set for 6:12 p.m. ET and the race will be broadcast on NBCSN and TVG.

There are two clear favorites on the morning line for the Woodbine Mile: #7 Raging Bull (2-1) and #5 Set Piece (5-2). Raging Bull, trained by three-time Eclipse Award-winning conditioner Chad Brown and ridden for the first time Saturday by leading international jockey Frankie Dettori, is the most accomplished racehorse in the field, having won three Grade 1 stakes on three different turf courses while bankrolling more than $1.5 million. He ran well in this race last year, crossing the finish line fourth but subsequently elevated to third after he was impeded in the stretch.

Despite Raging Bull’s impressive career résumé, he has underperformed this summer, and his start prior to the Woodbine Mile was especially disappointing as he finished sixth in the Fourstardave Handicap at Saratoga as the even-money favorite. Look closely at Raging Bull’s form and it’s clear that he’s fairly one-dimensional – he sits way back early and is dependent upon a solid pace and a clear path late to set up his rally. He certainly prefers racing the mile distance, but he’s only won four times from 14 starts. Raging Bull can certainly hit the board and arguably is the most probable horse to do so, but I’ll look elsewhere for my top selection … to Set Piece, as a matter of fact.

Set Piece, owned by Juddmonte Farms and trained by 2020 Eclipse Award winner Brad Cox, began his career racing in his native England and in France but came to the U.S. in summer 2020 and has gradually developed into a very good middle-distance turf horse who’s also won on synthetic tracks. He’s in career-best form as a 5-year-old this year, winning three straight stakes races on Churchill Downs’ grass course earlier this spring-summer and running a late-charging second in the Fourstardave, his most recent start. Set Piece is a deep closer similar to Raging Bull, and like that foe could be disadvantaged from a pace standpoint Saturday as the only horse entered with early speed is longshot #1 Town Cruise (20-1). However, Set Piece is 6-for-10 at the mile distance and his closing kick has been visually impressive over his past four starts. Interestingly, Joel Rosario, who rode Raging Bull earlier in that horse’s career and won a Grade 1 stakes aboard him, will instead be riding Set Piece for the first time Saturday. Rosario is well-known as a strong finishing rider and should have Set Piece in a good position to flash that powerful running style once again. The unknown factor is whether Set Piece will relish Woodbine’s unique turf course where the field will race around one wide turn and then into a long stretch, but I’m backing him regardless.

My second pick in the Woodbine Mile is #2 Olympic Runner (10-1). Trained by Hall of Famer Mark Casse for owner Gary Barber, this gelding has been knocking on the door in big stakes races at Woodbine over the past couple of years and finally this summer at Woodbine reached peak form with a close runner-up finish in the Grade 2 Connaught Cup Stakes and then, most recently, a clear win in the Grade 2 King Edward Stakes traveling a mile. In the King Edward, he stalked Town Cruise’s pace early on, roughly three lengths back, and then powered clear when asked by jockey Rafael Hernandez in midstretch. I expect Hernandez to keep his mount relatively close to the pace again, and if Olympic Runner repeats his performance in the King Edward he has a good chance to finish in the top two at what should be nice post-time odds.

I think this year’s Woodbine Mile shapes up especially well for trifecta bets using the “ALL” option as every contender has shown enough ability in their past starts to potentially finish in the top three Saturday with their best effort. I’ll hope that either Set Piece or Olympic Runner wins and the other one runs in the top three – and then if Raging Bull fails to fire, all the better.

Wagering Strategy on a $25 Budget:

Good luck, and enjoy the race!