I think things are finally starting to look up… ABBA (my all-time favourite band) is releasing a new album! And a couple of days ago I found that in the US,  Britbox now has… 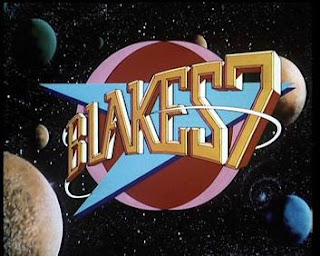 (my absolute all-time favourite sci-fi show!!). And, we just started the Tom Baker (my favourite Dr. Who!!) years this weekend! (As part of our mission to watch every Dr. Who from the first William Hartnell episode in 1963). So… umm… you may not see me for a few weeks. 😉

In the Atlantic, things are also looking up too (for today). Hurricane Lethargic Larry is leisurely lumbering across the Atlantic and is currently at 25.8N, 56.8W, heading NW at 12mph. Luckily it looks like he’ll miss Bermuda (which is why I took a couple of days off to watch the telly ;-)): 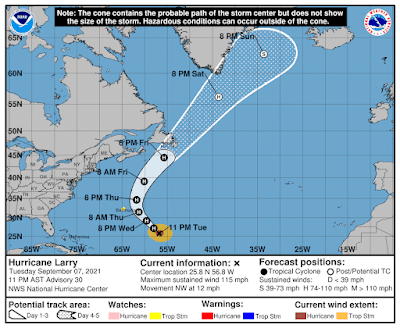 He may clip Newfoundland on his way north to Greenland (at which point he will definitely be an extratropical storm), but even if he doesn’t actually go over the island, there will be some fairly strong stormy/windy weather as he whisks by because he is going to meet a ‘friend’ somewhere up there (see below).

I agree with this level of storm intensity – his vorticity is strong throughout the troposphere and he still has a consistent eye, but there is some wind shear and the clouds are streaming away to the east. He is also pulling in some of that dry air we saw a couple of days ago and it’s also taking it’s toll. He is looking a little raggedy really… 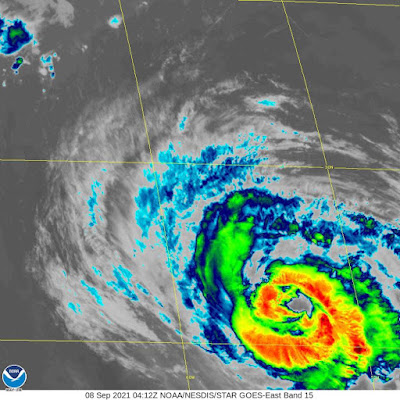 There is still quite a lot of strong convection (rain and thundery weather) which we can see with those large areas of red in the satellite image. He has been a cat 3 storm over the last few days (as expected) with winds of 120-125mph, but he will slowly decrease in intensity because of that dry air – although the wind shear may not be quite as strong. Bermuda may have a breezy sort of Thursday.

Back to Newfoundland and what is going to happen up there on Friday/Saturday. For this, we have to look at the larger picture. Here is the satellite image of a front moving across the US:

You can see the band of strong rain and thundery weather as it moves eastward. By the time Hurricane Larry gets closer to Canada, that front will have crossed the US and be close to Larry… 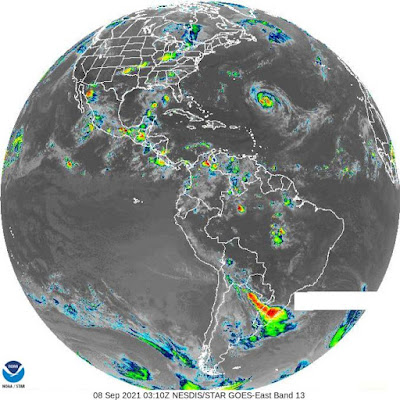 Which means there will be a lot of energy and convective activity as they meet – so I expect it will be quite strong extratropical stormy weather up there, even if he is a much weaker cat 1 level storm. So batten down the hatches!!

Right, off to watch an episode of you-know-what. Eeekkk…. 😉

P.S… And Happy Rosh Hashanah to those who celebrate!