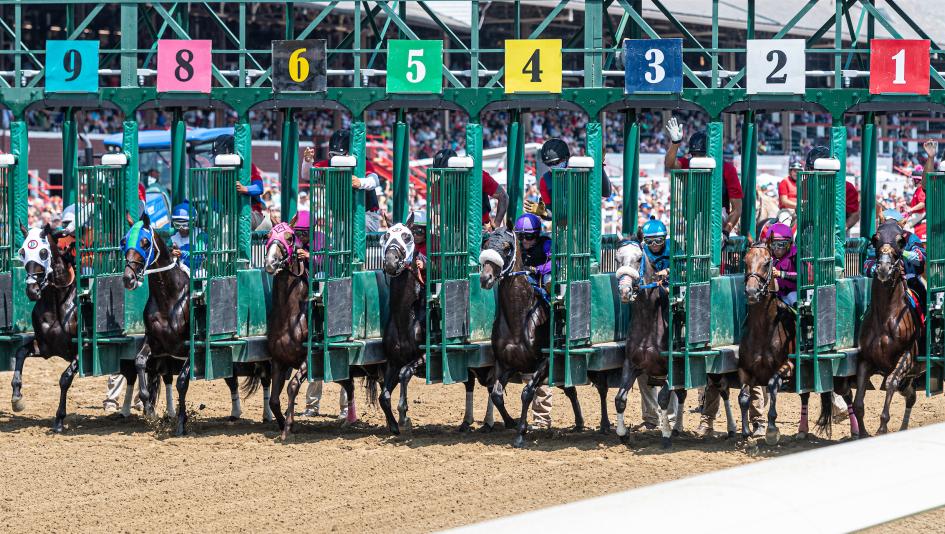 Our #Pedigeek “Term of the Week” is:

A broodmare sire (also referred to as damsire), is, simply put, the father of an individual’s mom (broodmare/dam). In other words, he is grandpa on mom’s side. Just as with sires (fathers) themselves, a broodmare sire can display consistent potency conveying talent. One of the best, modern broodmare sires in the mix is 2006 champion 3-year-old Bernardini, whom the racing world sadly lost last month due to complications of laminitis.

It is heartening to see Bernardini’s name still in our Daily Racing Forms as a genetic influence. He resided at Godolphin at Jonabell Farm, home of the Darley stallions, and earlier this year they published an article titled, “Bernardini: Swiftest to 50,” which had the sub-headline, “Becomes fastest ever to reach 50 stakes winners and 29 graded winners as a broodmare sire.” Impressive, indeed, and if you follow racing, you’ve undoubtedly heard some of the names of these maternal grandsons and granddaughters, who include the likes of Catholic Boy, Colonel Liam, Maxfield, and Serengeti Empress.

In the first race at Saratoga Race Course this Saturday, we see #3 Gilded Age is not only a maternal grandson of Bernardini, but that he is the first foal to run out of Bernardini’s Grade 1-winning daughter Angela Renee. She won her debut in the summer of her 2-year-old season in 2014, sprinting five furlongs at Belmont Park while notching an 82 Beyer Speed Figure. She later won the Grade 1 Chandelier Stakes at Santa Anita Park and capped her career putting up a career-best Beyer figure of 91 in winning the 2016 Lady’s Secret Stakes at Monmouth Park.

Angela Renee’s full-brother (same mother and father) To Honor and Serve was, like Gilded Age, trained by Hall of Famer Bill Mott. He finished second in his debut at Saratoga as a 2-year-old and went on to win three races in a row, including the Grade 2 Nashua and Grade 2 Remsen Stakes. To Honor and Serve later took the Grade 2 Pennsylvania Derby and the Grade 3 Westchester Stakes, and he became a multiple Grade 1 winner with scores in the Cigar Mile Handicap and Woodward Stakes.

The depth of class of the family, with mom, grandma, and great-grandma all being stakes winners themselves, in addition to the latter two having produced multiple stakes winners as broodmares, would already be a key point to consider. The fact that Gilded Age is the first foal to run for a Grade 1-winning daughter of a star broodmare sire like Bernardini makes him all the harder to resist, and even if he doesn’t score first out, you’ve gotta believe he’s one to watch.

Best Things to do in Puerto Rico

Can This Herb Inhibit Viral Activity?

Maxfield Goes Out a Winner in Clark

Looking for Potential Value When Betting the Matriarch Stakes

Can the Favorite be Beaten in Kentucky Jockey Club?