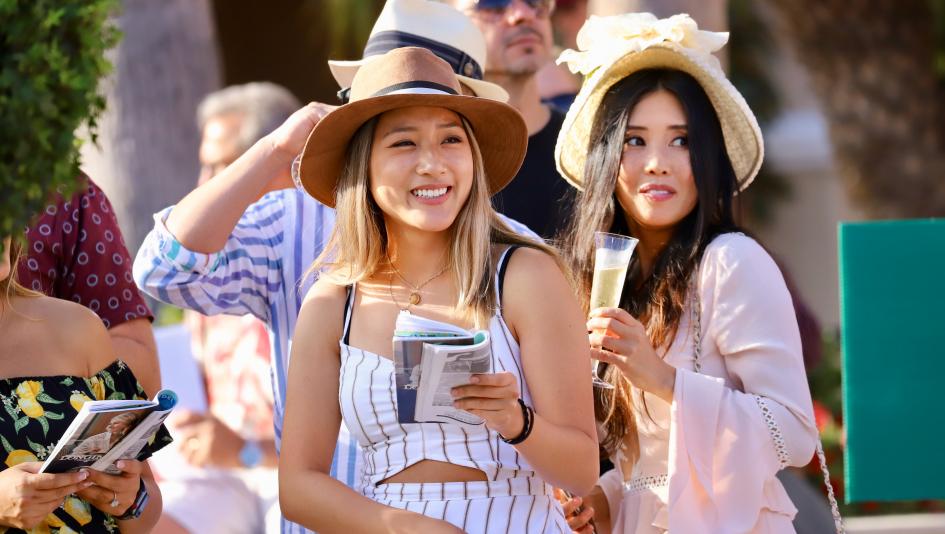 America’s Best Racing and handicapper (and avid gambler) Monique Vág team up to provide horseplayers with their best bets of the weekend.

Vág will identify her top picks as well as at least one longshot play of the weekend, a nice opportunity to swing for the fences on a win bet or to take a shot with a show bet. She also will occasionally look for strong exacta plays for the weekend or try to spot a nice opportunity for other wagers.

#6 Scary Fast Smile: This runner broke his maiden in style in late April winning by over seven lengths and followed that effort up against $20,000 optional claimers by duplicating that success in an eight-length score. Both of those races were restricted to California-breds. Although he tired late in his most recent try, that was versus a much tougher group of overnight stakes company and it was at a much longer distance.

Shortening in distance, drawing well, and the lack of early speed entered could help set this gelding up well for another huge front-end victory.

#3 Dr Post: He added blinkers in his most recent graded stakes try and that helped him put forth one of his best efforts resulting in a win and a Brisnet Speed Figure of 102. In that race, Joel Rosario angled this colt wide and he was a comfortable winner late pulling away in deep stretch.

Although he’s never raced as long as the mile and a quarter distance before, he’s excelled going a route of ground. There should be enough early speed lined up for him to really benefit if he can sit a good stalking trip.

#2 Sweet Serenade: She showed speed in both her career  efforts and did look a lot better in her second career start. I love to see noticeable improvement from one start to the next and a progression, and this filly definitely showed that. In her most recent outing she was simply second best despite racing really well.

This time around she gets another try over what should be a firm turf course and regains Emma-Jayne Wilson which adds to the appeal. I’m hoping she’s able to once again utilize that early speed and is able to find racing room in deep stretch.

#10 My Sea Cottage: He’s raced really well on the turf in three tries over it from four career starts. He’s also coming in off a maiden-breaking score at Gulfstream Park in his most recent. Sunday, he meets a much tougher overall group, but many of these are trying the turf for the first time or are limited in experience.

Although he draws a difficult outside post, this colt possesses more than enough early speed to be put into play early and he looks to be one of the pacesetters.

FOX Has Pending Deal to Show Belmont Stakes, Per Report