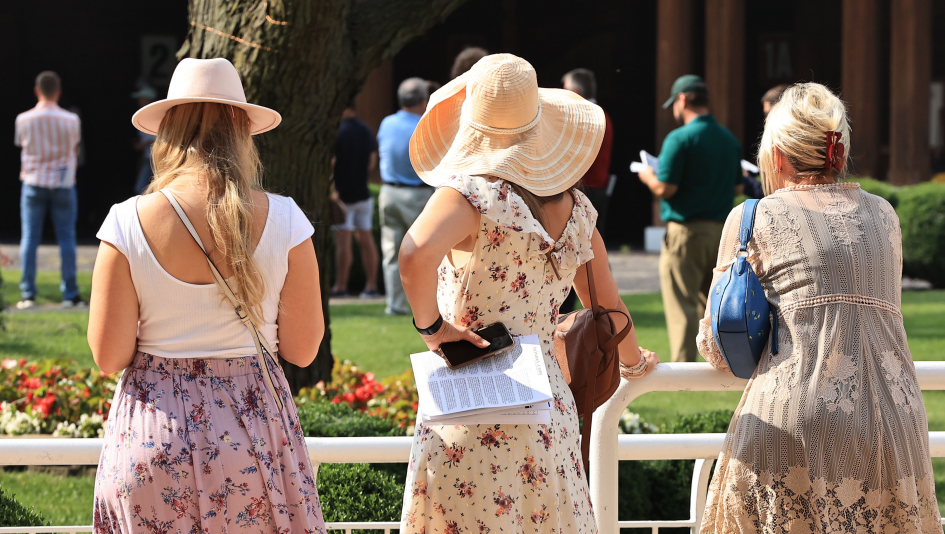 America’s Best Racing and handicapper (and avid gambler) Monique Vág team up to provide horseplayers with their best bets of the weekend.

Vág will identify her top picks as well as at least one longshot play of the weekend, a nice opportunity to swing for the fences on a win bet or to take a shot with a show bet. She also will occasionally look for strong exacta plays for the weekend or try to spot a nice opportunity for other wagers.

#6 Mezcal: She met a tough group in her pari-mutuel debut and struggled trying her luck racing on the dirt. This time around there’s a surface change to turf and she gets to stretch out in distance to try her luck routing.

We know how much things can change from one start to the next, and trainer Todd Pletcher is one of the best at getting them turned around and improved quickly with horses connecting at a 22% rate for runners in their second career start. Hoping the change in surface and added distance on Saturday help to spark a huge effort at a nice price.

#1 Raging Bull: He won first asking after five months away from the track, and followed that up with a second in his most recent try in the Grade 3 Poker Stakes. He’s had some slower-than-ideal starts in both previous starts in this race. In 2019, he spotted the field as many as 18 lengths; and in 2020, he was angled very wide attempting to work out an off-the-pace score.

This time around, I would expect him much closer and I’m hoping he can save some ground out of the inside post position and find some clear racing room late. He’s raced well at Saratoga in the past with two wins and a runner-up finish through four career starts.

#8 King of Miami: Chased the early speed and battled toward the lead in his most recent try. He ended up fading badly late in deep stretch and finished well out of it. In one start prior, when avoiding a speed duel, he was able to capitalize off a perfect stalking trip to reach the front in the final strides.

Hoping this gelding is able to utilize his early speed. If he’s setting the pace or sitting just off of it, he should be heard from down the lane. The price (5-1 on the morning-line) should be fair to take a shot, and if he can work out a good trip he will be hard to beat.

#4 Fantail: She has tired in her two most recent starts, both at a mile distance, after showing a ton of early speed and eventually fading late. This time around she gets another try versus a similar group, but shortens in distance to five furlongs. This is by far the shortest distance she’s raced at in her career. However, with her gate speed she might really benefit from getting to the front, flaunting that speed, and not have to place so much of an emphasis on rating to have stamina left late.

I’m hoping she goes somewhere close to her 6-1 odds on the morning-line. If that’s the case, there seems to be a tremendous amount of value on this filly who could be even sharper making her fourth start off a lengthy layoff and trying her luck sprinting.

Courageous and Competitive Diamond Oops Determined to Be ‘Top Dog’

Thoroughbred Makeover Diary: Do You Believe in Coincidences?