Armory Could Explode with a Win in the Mr. D. Stakes 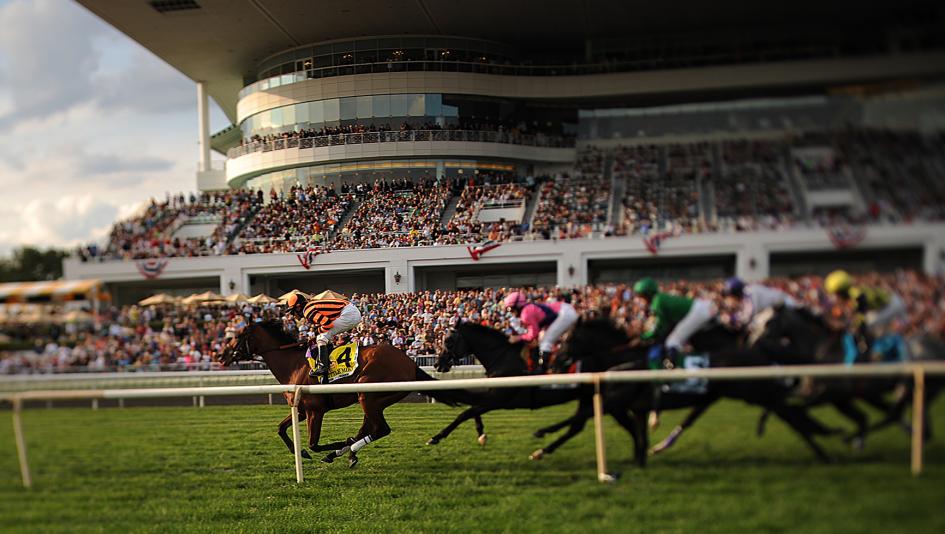 Saturday’s $600,000, Grade 1 Mr. D. Stakes, formerly the Arlington Million, features a strong field of 10 squaring off at Arlington International Racecourse for what may be the final running of this prestigious race. They are led by Domestic Spending, who has reeled off three straight Grade 1 stakes wins, the most recent of which came in the Resorts World Casino Manhattan Stakes in June at the 1 ¼-mile distance of the Mr. D. Stakes. Zulu Alpha, who leads the field in career earnings with over $2.26 million, makes his second start following 10 months off and hopes to run back to his form of 2020 when winning three of five graded stakes including the Grade 1 Pegasus World Cup Turf Invitational Stakes. Bizzee Channel just won the local prep for this race, the Grade 3 Arlington Stakes, and goes for his third win in a row.

Then there’s Armory – from the barn of Coolmore’s Aiden O’Brien – who finished fourth in the Group 2 Sky Bet York Stakes in his most recent race and who won the Group 2 Melodi Media Huxley Stakes earlier this year. Two Emmys missed by a neck to Bizzee Channel in the Arlington Stakes and could be up to the task, as could Arlington Stakes third-place finisher Another Mystery. Strong Tide finished sixth in the non-graded Jonathan B. Schuster Memorial Stakes in his most recent start and similarly Glynn County was fifth in the Grade 1 United Nations Stakes around the same time, and both appear to be overmatched in this field. Big Dreaming finished second in the Dueling Grounds Derby last summer and enters the race off an allowance win but is taking a very big step up on class to this Grade 1 stakes level. Space Traveller is another European import. He has never run farther than 1 1/16 miles in his 19-race career and his most recent win came in the non-graded Sky Bet Ganton Stakes in June at a mile.

Armory can add to the success European imports have had in Grade 1 races in the U.S. this summer, similar to Bolshoi Ballet winning the Belmont Derby Invitational in July and State of Rest winning the Saratoga Derby Invitational last weekend. Armory has won five of 15 career starts, including one at this 1 ¼-mile turf trip and one at the slightly longer distance of 1 5/16 miles. After a runner-up effort in the Group 1 Cox Plate in Australia last October, Armory took time off to mature and returned as a 4-year-old to win the Melodi Media Huxley Stakes in May, earning a then career-best 118 Equibase Speed Figure. Next, although he finished third in the Prince of Wales’s Stakes in June at Royal Ascot, Armory ran fantastically well when checking in third behind sensational turf star Love, improving his career-best figure to 122. Most recently, Armory finished third in the Sky Bet York Stakes last month, behind another superstar in Bangkok, with a 115-figure effort. Jockey Ryan Moore, who rode Aidan O’Brien-trained Bolshoi Ballet to victory in the Belmont Derby, comes in from Europe to ride. The only time Moore rode Armory this year was to victory in the Huxley Stakes, which suggests Armory is ready to win for the sixth time in his 16th career start and emerge victorious in the Mr. D. Stakes.

Domestic Spending is the strongest challenger to Armory in this race, having earned a 119 figure when winning the Manhattan Stakes on the Belmont Stakes Presented by NYRA Bets undercard in June in his most recent start. Now having won four stakes in a row starting with the 2020 Saratoga Derby, Domestic Spending has proven he loves firing big off the bench, such as when winning the Hollywood Derby last fall and when winning the Old Forester Bourbon Turf Classic Stakes in May. Jockey Flavien Prat has been aboard for his last two wins and knows exactly when to tell Domestic Spending to change gears, just as he did in the Manhattan when improving from 11 lengths behind the leader in seventh after a mile then to second with an eighth of a mile to go and then drawing off to win by nearly three lengths. Now possessing a six-for-seven career record, if Domestic Spending runs as expected the likely stretch battle between him and Armory may be one for the ages.

Zulu Alpha leads the field with 12 career wins and over $2.26 million in earnings. Although more known as a horse who loves to run 1 ½ miles – the distance he won the Elkhorn Stakes at (116 figure) last year – Zulu Alpha has won at this 1 ¼-mile trip and he has won on the Arlington Park turf course as well, something neither Armory nor Domestic Spending can claim. Having been away from the races since last September, Zulu Alpha’s fifth-place finish in the Arlington Stakes last month can be viewed as a prep for this race. Having earned a career-best 123 figure in the Pegasus World Cup Turf Invitational Stakes last year and a 116 figure in the Elkhorn, there can be little doubt Zulu Alpha can run well enough to win this race.

Triple Stitch Sneaker that You Don’t Want to Miss

Best Hotels in New York City for Every Budget

Triple Stitch Sneaker that You Don’t Want to Miss

Best Hotels in New York City for Every Budget