Ricciardo’s move from Renault to McLaren at the start of the 2021 season was anything but a smooth transition as the seven-time Grand Prix winner struggled to adapt to his new team’s Mercedes-powered car.

Outpaced and outscored by teammate Lando Norris, Ricciardo has spared no effort to try and lift his performance. Unfortunately, F1’s double round of racing in Austria only served to highlight once again the Aussie’s deficit relative to Norris.

But at Silverstone, Ricciardo qualified hot on the heels of his teammate and followed the latter on race day as the pair finished fourth and fifth, and Seidl was obviously delighted with his driver’s improved form.

“There are still things obviously to improve to match Lando,” Seidl said. “But the important thing is that he’s making steps, feeling more comfortable with the car, both in qualifying and in the race.

“I would say that it was really a big step forward compared to previous races, which is good.” 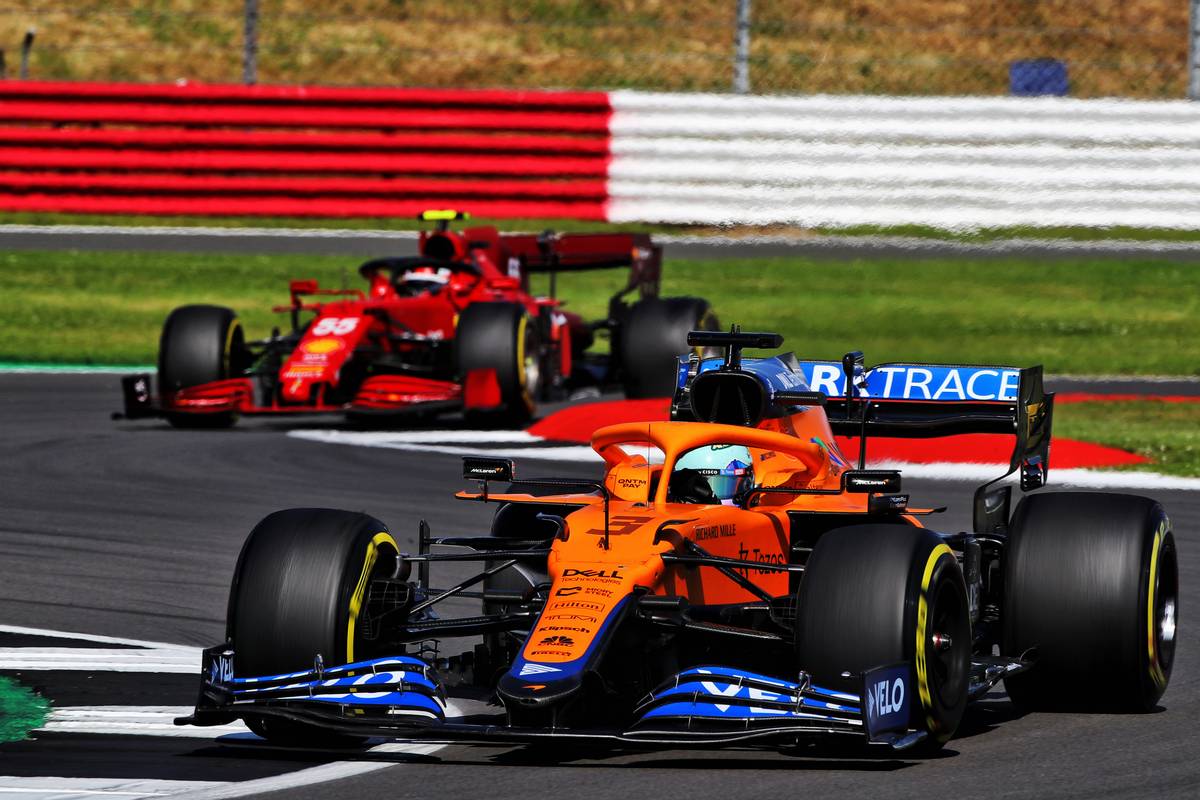 After Saturday’s Sprint Qualifying event that he concluded P6 behind Norris, Ricciardo acknowledged his progress but questioned whether part of his advance was circuit specific.

Whether Ricciardo’s upswing last weekend will prove lasting or a turning point will depend on how he performs next time out in Hungary insisted Seidl.

“I can only echo what Daniel said yesterday, I think himself will speak about a turning point if you can pull it off more often, and if he can repeat the same performance also in Hungary,” commented Seidl.
“In terms of specifics, it’s something that’s discussed and answered by Daniel, he just felt more comfortable even pushing the car at the limit.

“Probably the track layout suited him more as well here in Silverstone in order to stay confident and push the limit. And yeah, it’s important to show the same again in Hungary in two weeks.”

At Silverstone, Ricciardo was not only pleased with his first top-five finish, he was also happy with what he had learned while pushing himself and his car to the limit, especially as he fended off Ferrari’s Carlos Sainz in the second half of the race.

“I certainly backed myself and I wasn’t going to go out without a fight,” he said.

“And I think actually pushing to defend allowed me to stay on the limit and get a bit more comfortable with the car on the edge and so I learned a bit more from that actually.

“So, keep going, but happy with the points and both cars in the top five for the first time this year.”