A host of updates surrounding Premier League giants Chelsea’s plans on the transfer front have surfaced online on Thursday.

The first surrounds a potential departure from Thomas Tuchel’s squad.

The player tipped to move on? Tammy Abraham.

English hitman Abraham is of course fresh off the back of an altogether difficult season at Stamford Bridge.

After enjoying a relatively fruitful opening to the campaign under Frank Lampard, the 23-year-old subsequently saw his game-time fall off a cliff upon the appointment of current boss Tuchel back in January.

In turn, with the likes of big-money summer additions Timo Werner and Kai Havertz to compete with, and the Blues known to be on the lookout for further reinforcements up top, it has come as little surprise to see Abraham tipped for a summer exit.

SOUTHAMPTON, ENGLAND – FEBRUARY 20: Tammy Abraham of Chelsea is challenged by Mohammed Salisu of Southampton during the Premier League match between Southampton and Chelsea at St Mary’s Stadium on February 20, 2021 in Southampton, England. Sporting stadiums around the UK remain under strict restrictions due to the Coronavirus Pandemic as Government social distancing laws prohibit fans inside venues resulting in games being played behind closed doors. (Photo by Darren Walsh/Chelsea FC via Getty Images)

What will perhaps come as a surprise, though, is the latest potential landing spot named in the media.

As per a report from the reliable Matt Law of the Daily Telegraph, London rivals Arsenal are expressing a keen interest in Abraham’s signature.

The Gunners, though, could well be put off by the asking price touted, with Chelsea said to have slapped a £40 million price-tag on their out-of-favour attacker.

Whilst Abraham’s future remains up in the air as things stand, though, one member of Thomas Tuchel’s squad now certain to move on is of course Olivier Giroud.

On the back of a difficult campaign of his own in West London – which saw the veteran rack up just eight Premier League starts – Giroud is now inching ever closer to Serie A giants AC Milan.

An update on the situation, meanwhile, was forthcoming a short time ago.

As revealed by transfer expert Fabrizio Romano, Giroud is a ‘new AC Milan player, after putting pen to paper on a two-year deal at the San Siro.

Chelsea, for their part, are expected to secure an initial €1 million, followed by a further potential million in bonuses, for the Frenchman’s signature.

Sticking with the striker spot at Stamford Bridge, the man widely tipped to replace the likes of Giroud and Abraham in the Blues’ ranks this summer has been Borussia Dortmund sensation Erling Haaland.

Haaland, who dazzled once again on his way to 41 goals across all competitions this past season, has been named as Thomas Tuchel’s no.1 transfer target ahead of next season.

In turn, it has been suggested that those in a position of power at Signal Iduna Park are ‘bracing themselves’ for an imminent swoop on the part of the Premier League giants.

The last 24 hours, meanwhile, have seen media reports push the narrative that a potential swap deal could even be on the cards.

Such a move would see Haaland arrive in the English capital, in exchange for one of the aforementioned Abraham, or Callum Hudson-Odoi, alongside a hefty sum of cash.

Such rumours, however, were this afternoon put firmly to bed on Sky Sports News, amid claims that any form of swap deal coming to fruition between Chelsea and Dortmund is altogether ‘unlikely’:

Whilst their swoop for Europe’s most in-demand young talent continues to stall, one of the standout starlets to have made their way through the youth ranks in west London in recent years now looks primed for an imminent Chelsea departure.

The player in question? Marc Guehi.

Guehi, a 21-year-old central defender, was viewed as on the cusp of Thomas Tuchel’s first-team ranks at Stamford Bridge, on the back of a stellar campaign in the Championship with Swansea City.

On Thursday, though, word has arrived that the English youth international is set to move on, after capital rivals Crystal Palace tabled an offer viewed as ‘too good to refuse’ by Marina Granovskaia and co (thought to be somewhere in the region of £15m to £20m).

Guehi, in turn, is expected to undergo a medical with the Eagles later today, ahead of penning a 5-year contract at Selhurst Park: 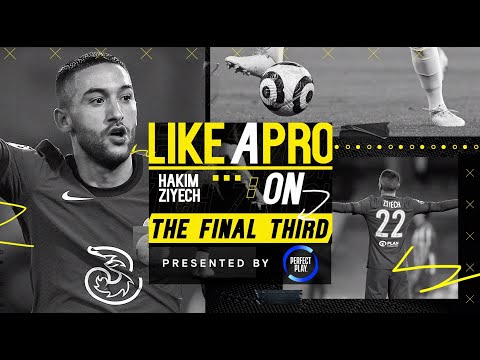 Playing Without Fear: Hakim Ziyech on Creativity in the Final Third | Like A Pro

Hakim Ziyech is one of the most creative footballers in the Chelsea squad. He… 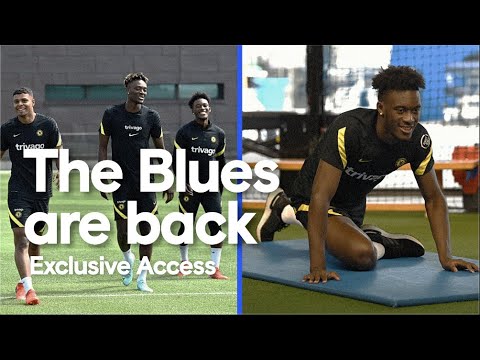 The Blues Are Back! Exclusive Access as Pulisic, Ziyech, Hudson-Odoi & More Return to Cobham!

Check out all the best bits from training, as pre-season gets underway and the…