Michael Annett to have surgery, could miss Xfinity playoffs 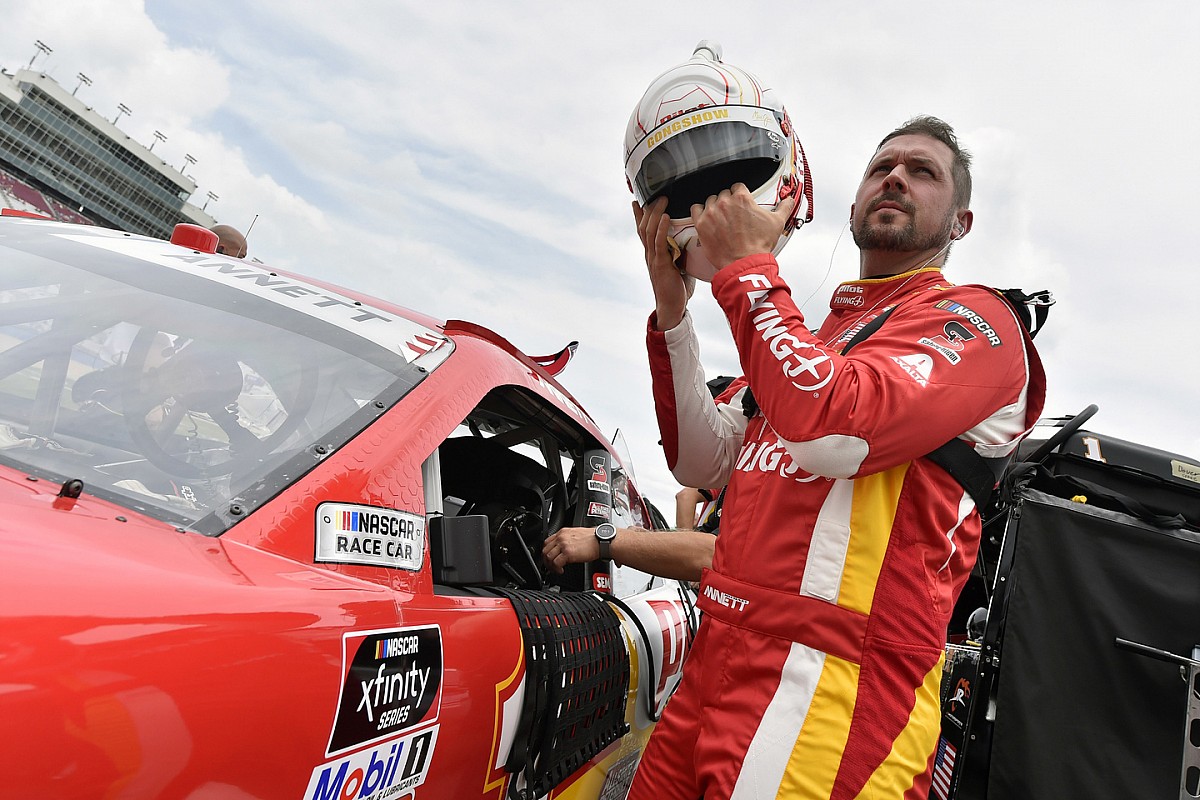 Annett, who competes fulltime in the Xfinity Series for JR Motorsports, will also miss Saturday’s Xfinity Series race at New Hampshire following an MRI which revealed a stress fracture in the Iowa driver’s right femur.

Josh Berry, who ran 12 races for the team in the No. 8 Chevrolet this season, will sit in for the recovering Annett this weekend.

The MRI revealed the fracture on Monday, and surgery to repair it will take place Tuesday. Following this weekend’s race, all NASCAR series have two weeks off due to the Tokyo Olympics.

Annett’s doctors said the three-week recuperation should allow him time to resume his duties when the series races again Aug. 7 at Watkins Glen (N.Y.) International.

Chris Windom filled in for Annett at Knoxville while Cup Series driver Austin Dillon drove Annett’s No. 1 Chevrolet to an 11th-place finish at Atlanta.

JRM has requested a medical waiver for Annett from NASCAR regarding his status for the series playoffs.

Following the Atlanta race, Annett stands 11th in the playoff field and since he will collect no points this weekend at New Hampshire, he is in danger of not making the 12-driver playoff field without a win this season.

In his 15 Xfinity starts this season – 12 of them with JRM – Berry has one win, four top-five and eight top-10 finishes.

Tiger Woods says he’s ‘lucky to be alive,’ still have leg after crash