The first part of the race was an all-out battle between championship contenders G-Drive Racing, Team WRT and United Autosports with reigning champion Phil Hanson in the sole United car – after a positive COVID-19 test for Job van Uitert forced the withdrawal of the sister #32 machine – taking the lead from the pole-sitting #26 G-Drive car driven by Roman Rusinov just before the first pitstops.

Rusinov’s race was compromised when he ran out of fuel following a safety car brought out to recover the #77 WeatherTech Racing Porsche from the Lesmo 2 gravel trap. The 2018 champion would eventually finish one lap down in eighth together with Mikkel Jensen and Franco Colapinto.

Several race interruptions brought other teams in the fray, including the Panis Racing team that had started eighth but moved into second after the first stops with Canal at the wheel.

The lead changed hands during the second round of pitstops when Allen climbed aboard, and the Australian kept United’s Jonathan Aberdein at bay before handing over to Stevens for the final stint, the ex-Formula 1 driver able to fend off United’s Tom Gamble for the win.

Behind the guesting JOTA Sport Oreca of Jazeman Jaafar and Sean Gelael – using the event to prepare for next weekend’s FIA World Endurance Championship round at Monza – championship leader Team WRT continued its consistent points-scoring run with fourth for Robert Kubica, Louis Deletraz and Yi Yifei.

Almost the entire LMP2 Pro-Am field led at some time or another, but a well-executed strategy and a strong final stint from former F1 Roberto Mehri gave the #25 G-Drive machine he shared with Jon Falb and Rui Andrade class honours in sixth overall. 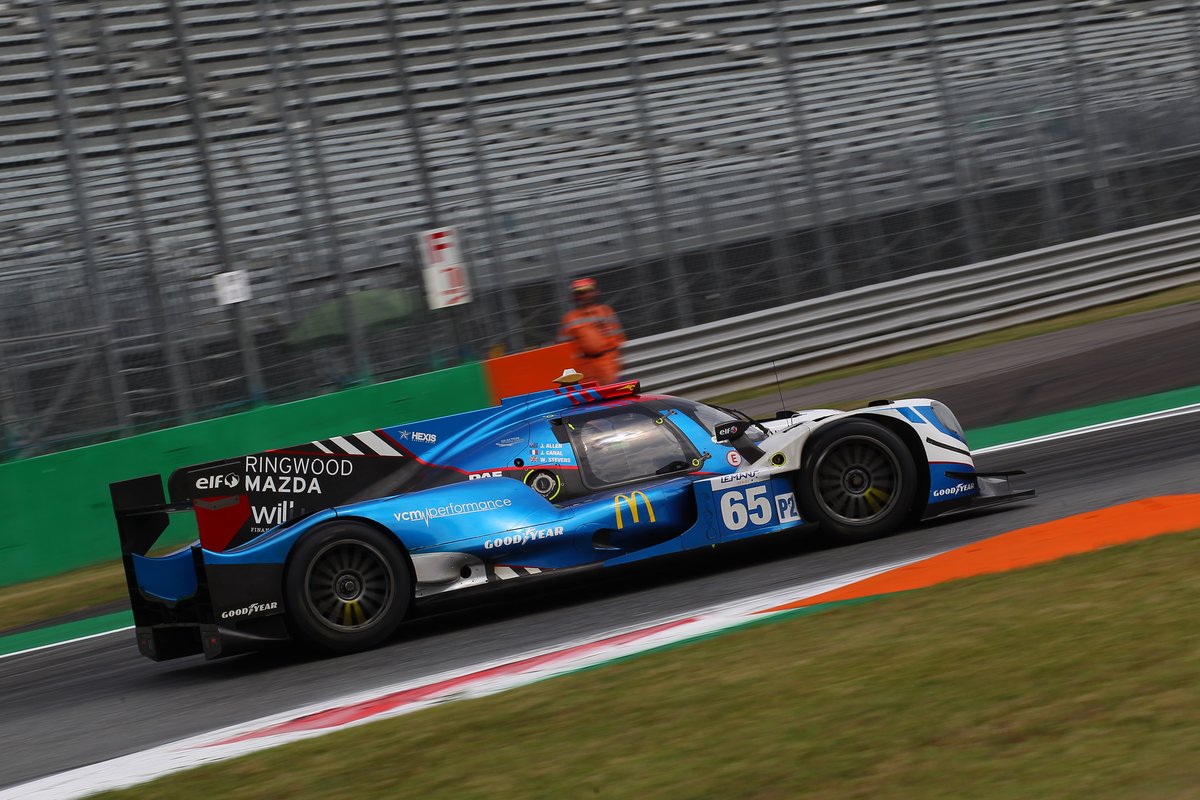 The LMP3 class provided a vast array of strategies, with the difference between a win and a top ten result often decided by an unlucky full course yellow. The pole-sitting DKR Engineering Duqueine used the final full course yellow of the race, ironically following an incident in which the team itself was involved, to secure a win for Laurens Horr and Matthieu de Barbuat.

The GTE class proved to be an all-Ferrari fight between the Spirit of Race and Iron Lynx teams, who were often only separated by a few tenths of a second.

The battle between Spirit of Race’s David Perel and Miguel Molina proved especially riveting, and the South African held firm throughout the final stints to join Duncan Cameron and Alessandro Pier Guidi on the top step of the podium before dedicating the win to absent teammate Matt Griffin, who withdrew from the event following the sudden passing of his father.