Hamilton: Red Bull have something extra in their bag 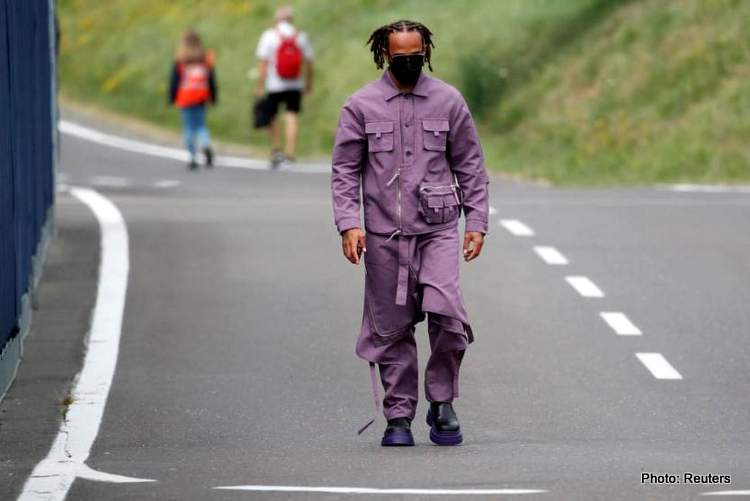 Reigning Formula 1 world champion Lewis Hamilton and his Mercedes team suspect that Red Bull were sandbagging on Friday, and believe the home team have more firepower to unleash for Sunday’s Austrian Grand Prix.

After topping the timing screens at the end of FP2, Hamilton was unconvinced and said so in the media pen: “Red Bull have definitely got something extra in their bag but we’ve made some small steps forward and over a single lap, the car felt pretty good.

“FP1 was a bit of a struggle, we were trying different setup variations based on our work in the sim this week and the car wasn’t happy. In FP2, we reverted to a similar set up as last week, with a few other adjustments, and the car felt much better.

“I probably won’t change much now because most often if it ain’t broke, don’t fix it! So just tiny tweaks for me this evening. I still expect Red Bull to be ahead of us, but we’ll be trying to make the gap as small as possible tomorrow.

“They are two-tenths faster than us,” insisted Hamilton.

The stats tell a different story, as Hamilton was himself 0.217s quicker than Max Verstappen. Valtteri Bottas, the meat in the title contender sandwich, second quickest – 0.189 shy of the top time.

Mercedes trackside boss Andrew Shovlin, but shared Hamilton’s suspicions in his Friday report:
It’s been an interesting day; we’d been busy this week trying to find improvements on both the chassis and the power unit.

“From today’s running, it does look like we’ve made some steps in the right direction. The conditions are quite different to last week, cooler air and a much cooler track which is certainly helping deal with the softer compounds.

“The single lap was encouraging in that we were extracting good grip from the tyres, not always something we have managed on the softest Pirelli rubber, but we’re under no illusion that Red Bull will have plenty in hand for tomorrow,” added Shovlin.

Mercedes need a turnaround as they now trail Red Bull by 40 points in the constructors’ standings while Verstappen heads Hamilton by 18 points ahead of Sunday’s ninth round at Red Bull Ring.

That’s all for the on-track action today, but the work’s not done yet 💪

Insights make the difference & our @Petronas Trackside Fluid Engineers will be behind @MercedesAMGF1 all the way, as they prepare for quali 👊 pic.twitter.com/117jAkPW68