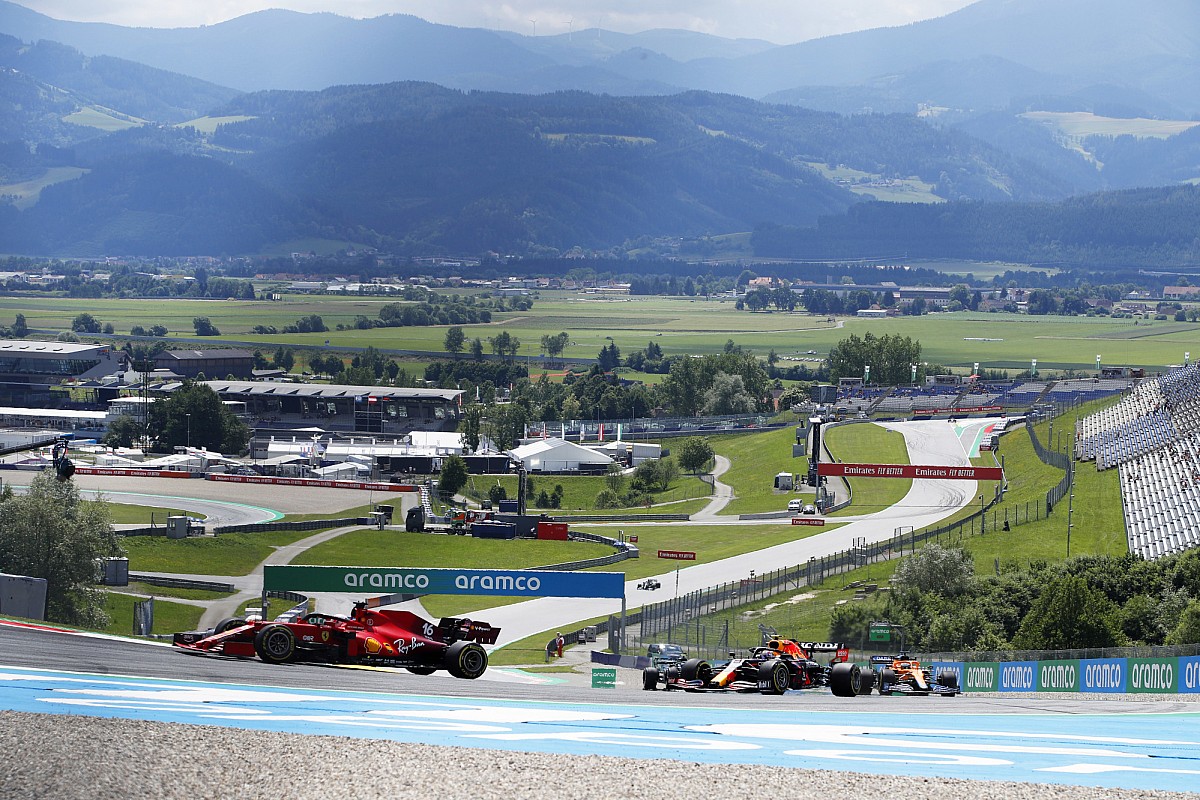 Max Verstappen topped both practice sessions on Friday in the run-up to Red Bull’s home race, although Mercedes’ Lewis Hamilton could have been quicker in FP2 had his fastest lap time not been deleted for a track limits infringement.

After Friday’s running, Hamilton said Red Bull would be “hard to beat” in Austria, stressing that the Milton Keynes-based outfit could extend its advantage when it turns up its engine to full power in qualifying.

There were some surprise finishers in the top half of the timesheets, with McLaren’s Daniel Ricciardo finishing second to Verstappen, and Alpine duo Esteban Ocon and Fernando Alonso ending up third and fifth respectively, sandwiching Hamilton’s Mercedes.

What time does qualifying for the Styrian Grand Prix start?

Qualifying will begin at the Red Bull Ring at 15:00 local time (+2 GMT). The three-part session will last approximately one hour.

Can’t find your country or region in the list? Check the schedule page for the broadcast times in your local timezone.

How can I watch qualifying?

Formula 1 is broadcast live in nearly every country around the world.

Can I stream qualifying?

Viewers from selected countries can subscribe to F1 TV to stream qualifying on a device of their choice. Some local broadcasters such as Sky TV (UK), Movistar (Spain), Disney+ Hotstar (India) also offer their own on-demand service.

Motorsport.com will bring the latest updates from Styria throughout the weekend, including live commentary during qualifying on Saturday.