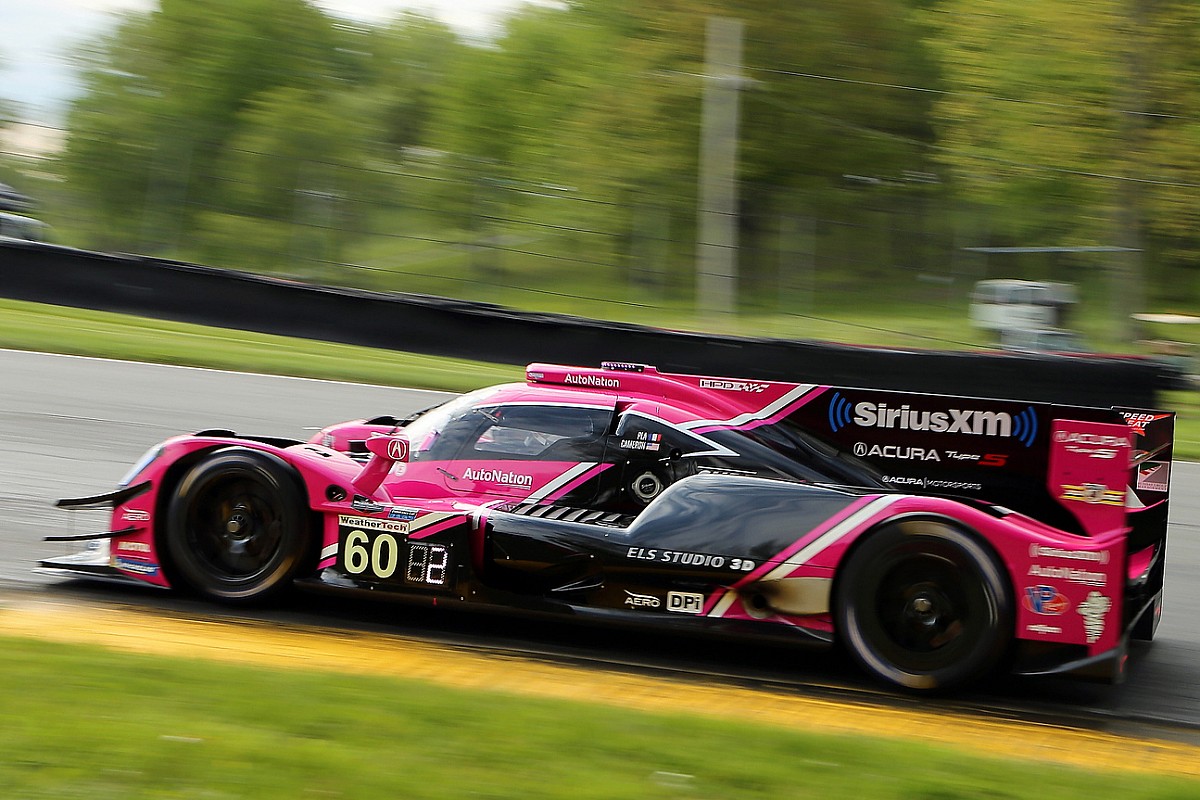 Pla in the Meyer Shank Racing Acura ARX-05 lapped the 3.4-mile course in 1min31.056sec, fastest in all three sectors. He was 0.591sec faster than the best effort of Action Express Racing’s extra driver in the #31 Whelen Engineering Cadillac DPi-V.R, Mike Conway.

The Chip Ganassi Racing team, which won last time out in Detroit, saw Renger van der Zande finish the session – 60mins for the Pros, 90mins for Ams – a further three-tenths down.

IndyCar ace and former Watkins Glen winner Alexander Rossi produced the best time for Wayne Taylor Racing in fourth ahead of Loic Duval in the Cadillac of JDC Miller Motorsports.

Mazda, who scored its first win at this venue two years ago, was a disappointing sixth, and Harry Tincknell had to trickle his car slowly to the pits after his final run with a turbo issue.

The #48 Ally Racing AXR Cadillac DPi-V.R of Simon Pagenaud, Kamui Kobayashi and Jimmie Johnson – back for its third of four outings this season – had an early clash with the #18 LMP2 Era Motorsport Oreca, which sent the slower car off at Turn 1, causing a red flag. But Race Control saw no fault in what Simon Pagenaud had done and didn’t penalize him.

Tristan Nunez set the fastest time in LMP2, the WIN Autosport entry lapping less than a tenth faster than John Farano, who was half a second up on Scott Huffaker in the PR1 Mathaiasen Motorsports car.

The Era car was able to rejoin the track after its off, and Tilley was fourth, ahead of Wayne Boyd in the United Autosports machine.

In LMP3 Oliver Askew led for Andretti Autosport ahead of Jon Bennett’s CORE Autosport entry, and the Riley Motorsports cars of Felipe Fraga and Dylan Murry.

Jesse Krohn and Philipp Eng were next up in the Rahal Letterman Lanigan-run BMW M8s ahead of the WeatherTech Racing Porsche 911 RSR.

The Porsche’s best time is not fully representative, however, as it missed a lot of track time with a suspension issue, driver Cooper MacNeil reporting to IMSA Radio that the right rear damper had broken.

That was not the only Porsche in trouble as Pfaff Motorsports revealed that the gearbox of its GT Daytona-class 911 GT3 R had seized after just four laps by Laurens Vanthoor. When the car returned to track, it had time to add just nine more laps.

The NTe Sport Audi R8 which hasn’t run since the Rolex 24 in January, was a very impressive third fastest in the hands of Jaden Conwright, followed by Zach Veach in VSR’s second Lexus, Bryan Sellers in the Paul Miller Racing Lamborghini Huracan and Richard Heistand in the Carbahn Peregrine Audi.

Tomorrow’s session will start at 8am local (Eastern) time with qualifying starting at 11.50am.