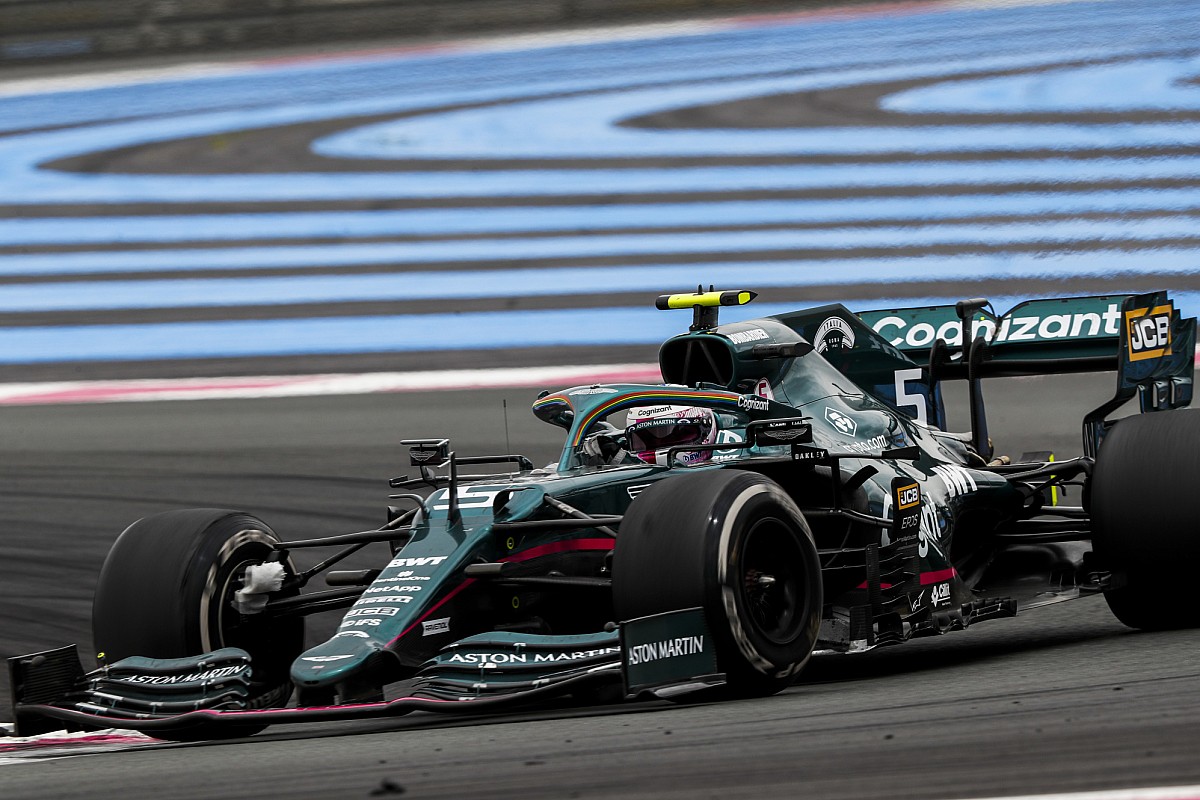 Following the failures for Lance Stroll and Max Verstappen in Baku Aston Martin and Red Bull were at the centre of the controversy over teams allegedly running below the mandated minimum pressures.

The FIA and Pirelli subsequently brought in stricter tyre operating procedures for the Paul Ricard weekend, along with higher rear minimum pressures.

In the race, Sebastian Vettel and Stroll both ran very long opening stints on the hard tyre, finishing ninth and 10th, the Canadian having worked his way up from 19th on the grid.

Szafnauer says that the way the team avoided the worst of the tyre issues suffered by its rivals in France answered those who have suggested that Aston Martin had previously been running outside the rules.

“Hopefully that will silence them, but I can tell you that we’ve never done anything untoward. We’ve always followed both the FIA and the Pirelli prescriptions, and will continue to do so.”

Long opening stints from lowly grid positions worked for the team in earlier races, and Szafnauer agreed that its tyre management skills had simply been transferred to the higher starting pressures.

“Well, we can make it work,” he added. “And as you saw, the tyre technical directive came out, we had to change our ways of working, and it didn’t have an impact on our strategy whatsoever, which just kind of tells you that we were following the prescription anyway.

“You just have to know what you’re doing. And we still work within all the parameters. It’s just if you’re a little bit clever on how to use the tyre, that’s what happens. You have to look at some of the other teams that went backwards because of the technical directive.

“From where we qualified I think we did pretty well to get both of them in the points, which is what I was hoping for. Maybe Seb could have been a little bit higher up because it was very tight at the end. But we’ll take that, re-group, and qualify better at the next one and race better.”

The team is still bringing updates to the car, and Szafnauer is hoping that the next package can be fast-tracked for next weekend’s Styrian GP.

He said: “There’s some new bits here and there, some new bits coming in Austria, hopefully the first race. I have to see how quickly we can get them done. They’re meant to be for the second Austria race, which will probably still be the case.”