Claudette. A Land Storm… Does Better Over Land It Seems. Headed Fast Towards the Atlantic. 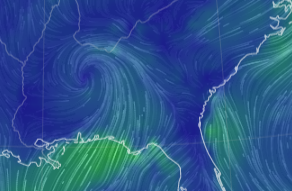 A short update late Saturday night as I catch up with Claudette. While waiting and watching Friday afternoon to see if the NHC would in fact upgrade PTC3 to Tropical Storm Claudette, or more properly Subtropical Storm Claudette, I had this funny thought that they will probably wait until it’s over Land Ponchatrain to upgrade it. That part of the coastline creates multiple landfalls often, but in this case Claudette seems to have officially formed over land after a long discussion based on it’s awkward shape resembling a sheared cyclone.  If anything it was a Subtropical Storm or more so a hybrid, similar to those messy quasi super storms in a different time of the year. Perhaps for continuity sake the NHC decided to upgrade it after it made landfall as it continued on it’s journey with the worst weather far from the coordinates put out by the NHC so as it’s their ballgame, they control the park and the ball … we had Tropical Storm Claudette. I have mixed feelings but what I noticed was several  meteorologists commented they had renewed respect for the current regime at the NHC for not jumping to name it……….. and then they named it because it “resembles a sheared tropical storm” . . .

I knew it was bad when I received an email from a good met referring to it as “Claudette” so yeah probably just as well I was offline for that post game discussion by meteorologists, trackers, chasers and anyone who knows anything about tropical meteorology. The tweet below says it way better than I can. 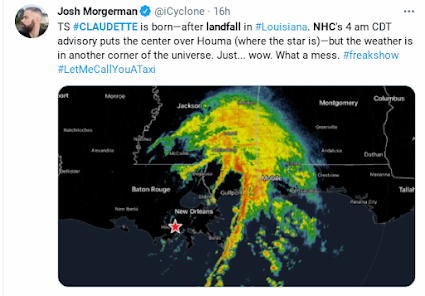 Yeah, what a mess.

Systems such as this one can put on a pretty good show at the beach and create real issues inland. You know it’s not dangerous when TWC is doing LIVE updates all day long and there’s traffic behind them during their live feeds. Hey, I love weather so any views of strong weather do make me smile but this was far from a real Tropical Storm or Hurricane. That said, as always, these messy systems show up better once inland. 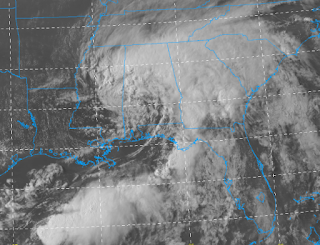 And the weather is still far removed from it’s “center” 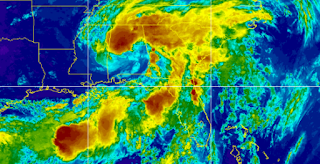 Claudette may not be your typical storm.

But’ts got one heck of a tail there.

Yet all the talk is about where it’s headed.

And if it regains Tropical Storm status in the Atlantic.

Kind of… just to the North of it.. on the edge.

See what I do tomorrow.

I’m not sure if the Atlantic is ready for that…

…but I’ll be watching.

So next name up is Danny!

A name that never gets retired…. ever.

Have a good Father’s Day Weekend.

And officially it’s the Summer Solstice.

So by any measure we are in Summertime mode!

Biden’s Bias) – Watts Up With That?

Roller Coaster January 2022 Stock Market. Winter Storms. Florida Colder Than Alaska?? A Look Back at Disneyland in the 80s … Partying All Night...

What Do To About Winter Storms… Model Confusion 24 Hours Out? Maybe We Need a Winter Weather Cone for the Track of the Storm....