at the 2021 venice architecture biennale, lina ghotmeh architecture presents the design process behind the ‘stone garden’ housing project situated in beirut, lebanon. the exhibition features a 1:30 scale model with a height of 2.3 meters, as well as several images of the realized construction, which seeks to materialize a spatial experience of a childhood lived amidst the lebanese war. in addition, video footage taken by drone after the recent major explosion in beirut is displayed next to the material, showcasing the project’s architectural ability to function as reconciliation and resilience in times of crisis. 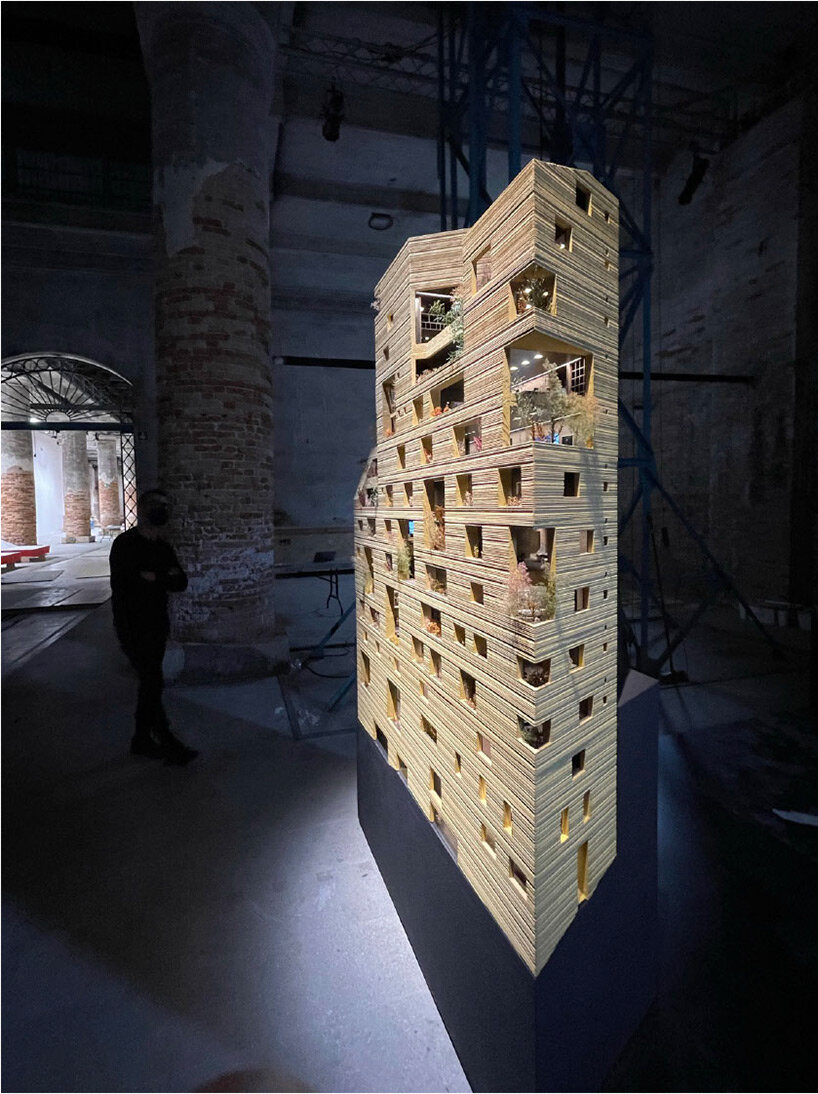 the housing complex by lina ghotmeh architecture is located near the industrial port of city, about 1 km from the site of the explosion which damaged half of the city in august 2020. it emerges from the ground as an urban sculpture with its façade hollowed by different sized windows. besides framing urban views, these openings are drawn as mass-subtractions to become planted ‘balconies’, individualizing each housing floor at every level. in the exhibition, a variety of photographs and other visual material is presented, familiarizing the visitors with the chiseled concrete structure of beirut. in addition, experimental samples (clay, cement, pigments, metals) of the façade combed with the same building are also shown, to further explain the design process. 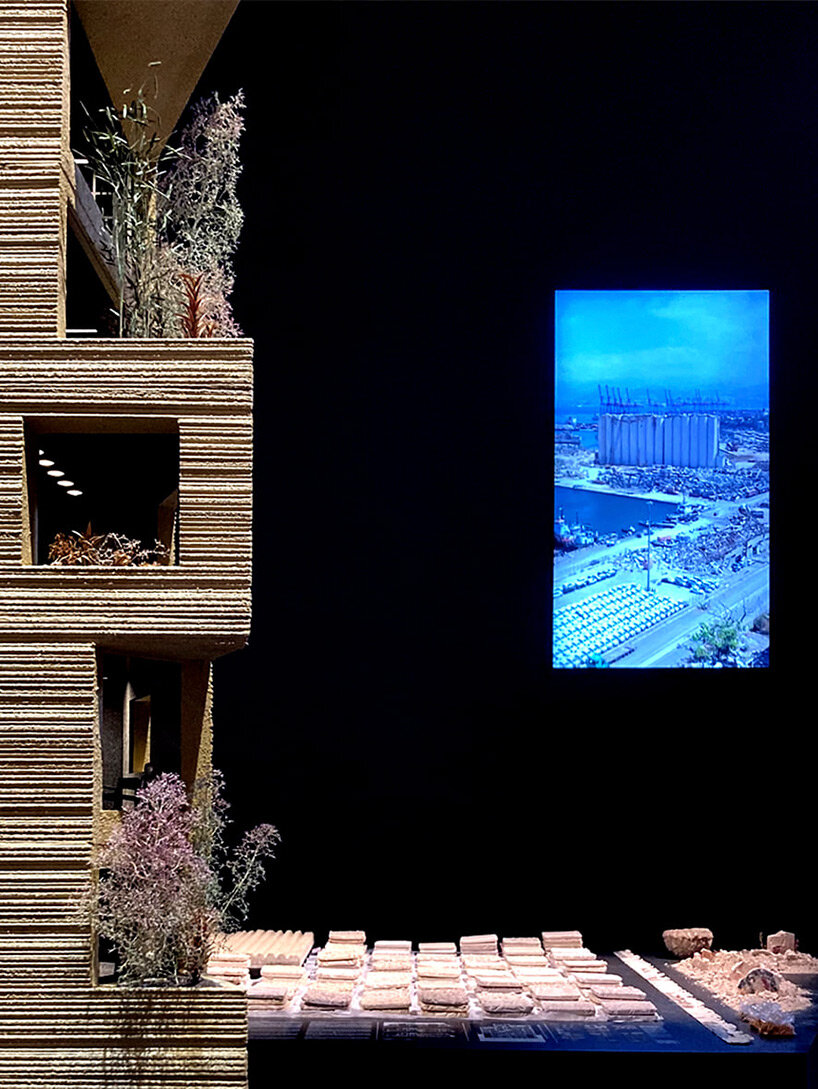 ‘violence had always left its mark on the city’s buildings’ skins, hollowing these, and leaving nature to invade every left out concrete skeleton,’ shares lina ghotmeh. ‘the boundary between an articulated window, the memory of a violent event is constantly blurred once strolling in the city’. in a similar way, the ‘stone garden’ stands side by side juxtaposed with the remaining traditional tiled-roof houses and the identical concrete volumes of beirut’s cityscape, engaging in honest conversation with this ‘strange melancholic euphoria’ that exists within both the built and natural landscape. 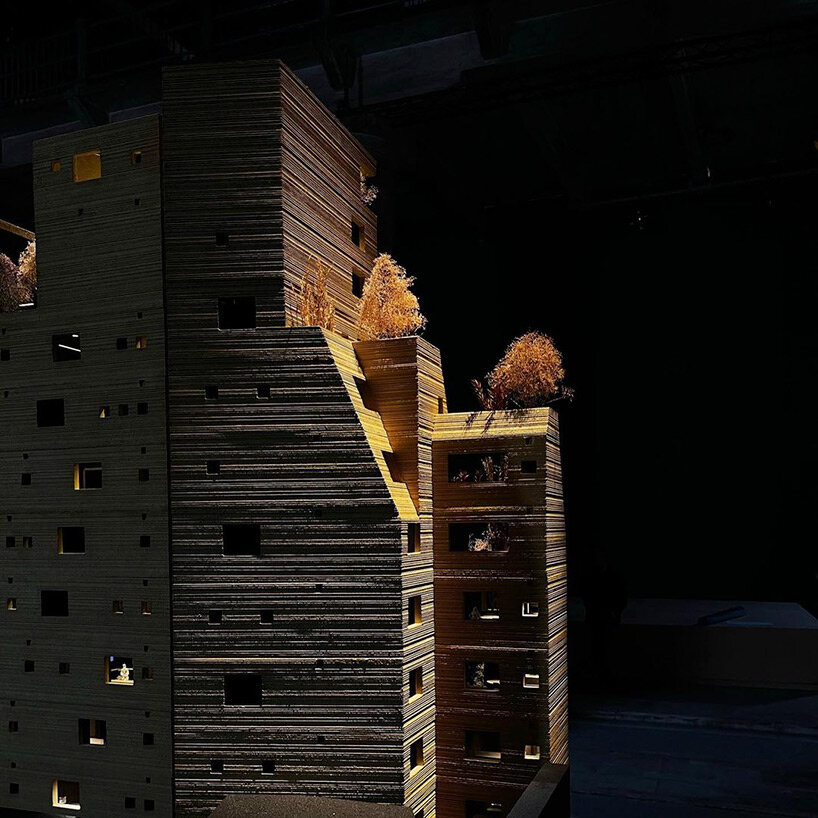 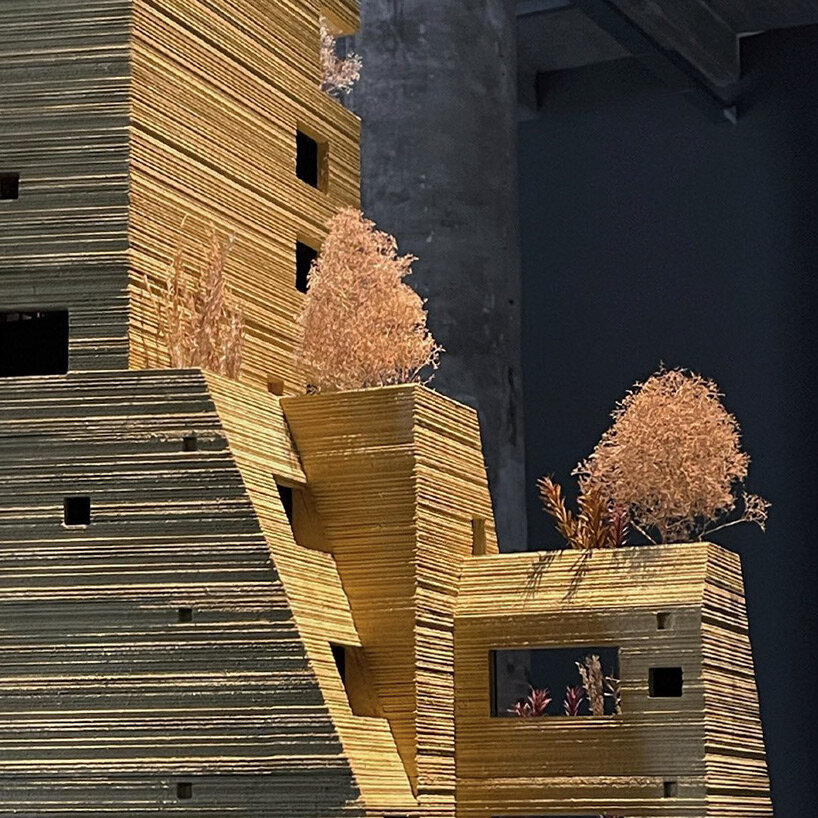 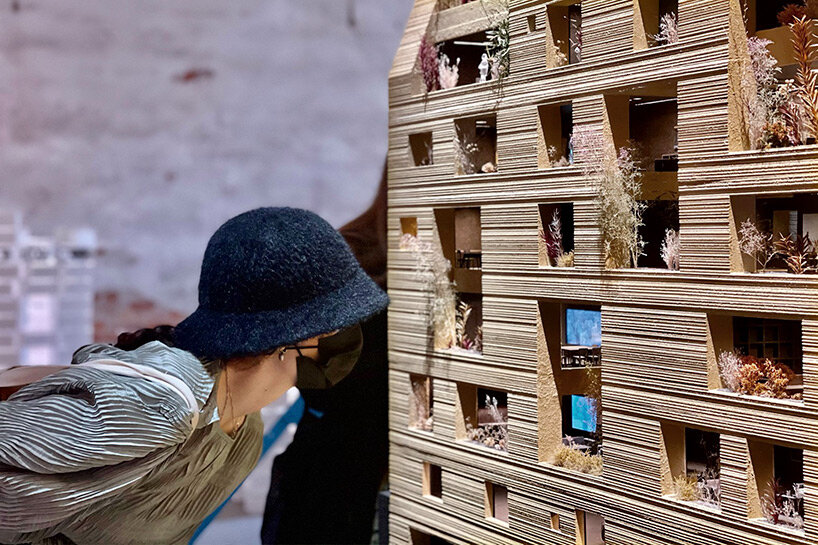 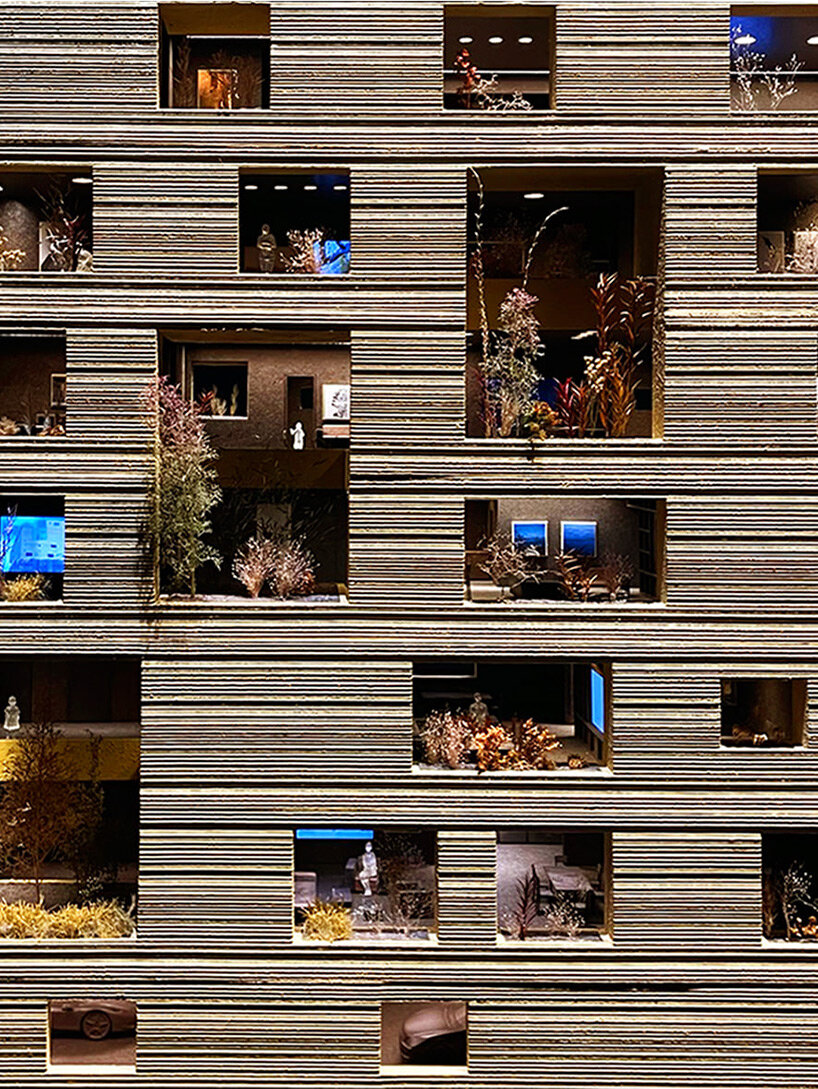