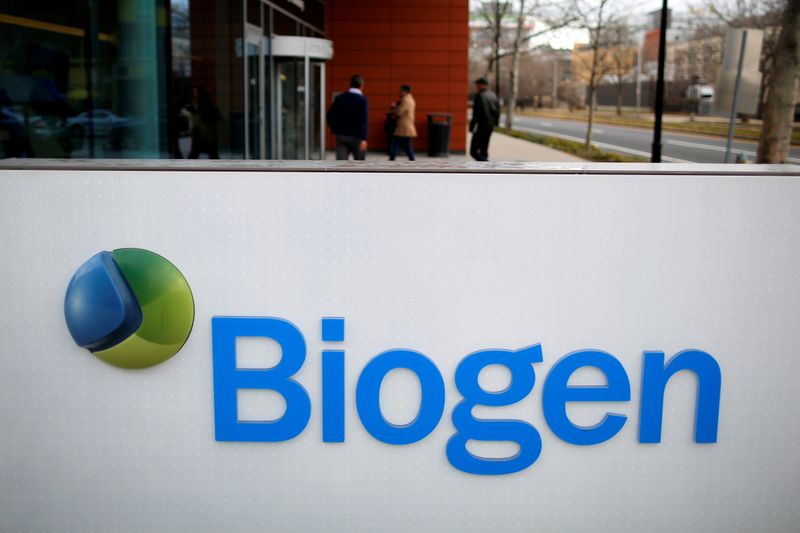 By Deena Beasley and Julie Steenhuysen

(Reuters) -U.S. regulators on Monday approved Biogen Inc (NASDAQ:)’s aducanumab as the first treatment to address an underlying cause of Alzheimer’s disease despite controversy over mixed clinical trial results for the drug.

Aducanumab aims to remove sticky deposits of a protein called amyloid beta from the brains of patients in earlier stages of Alzheimer’s in order to stave off its ravages, which include memory loss and the ability to care for one’s self.

“This is good news for patients with Alzheimer’s disease. We’ve not had a disease modifying therapy approved ever,” said Dr. Ronald Petersen, an Alzheimer’s disease expert at the Mayo Clinic. However, he cautioned, “This is not a cure. It’s hoped that this will slow the progression of the disease.”

“It think this is a big day,” Dr. Peterson said. “But we can’t overpromise.”

“Although the Aduhelm data are complicated with respect to its clinical benefits, FDA has determined that there is substantial evidence that Aduhelm reduces amyloid beta plaques in the brain and that the reduction in these plaques is reasonably likely to predict important benefits to patients,” the agency said in a statement.

The FDA said Biogen will need to conduct a post-approval trial to verify Aduhelm’s clinical benefit. “If the drug does not work as intended, we can take steps to remove it from the market,” it said.

Biogen’s drug had been hailed by patient advocates and some neurologists eager to have an effective option for patients with the lethal disease. Other doctors said clinical trial results were inconsistent and more proof was needed.

Aducanumab was studied in patients with early disease who test positive for a component of amyloid brain plaques. Some trial patients experienced potentially dangerous brain swelling.

Biogen has estimated that around 1.5 million Americans would be eligible for treatment with aducanumab, which is given by monthly infusion, raising concerns about costs to the healthcare system.

Biogen and partner Eisai Co (OTC:) had scrapped development of the drug in March 2019, then reversed course in October, saying a more detailed data analysis showed some patients with very early forms of the disease benefited from taking higher doses over an extended period of time.

Wall Street analysts had forecast that an FDA approval of Biogen’s drug could reinvigorate a field that has been abandoned by many large pharmaceutical companies.

Shares were halted pending the news.