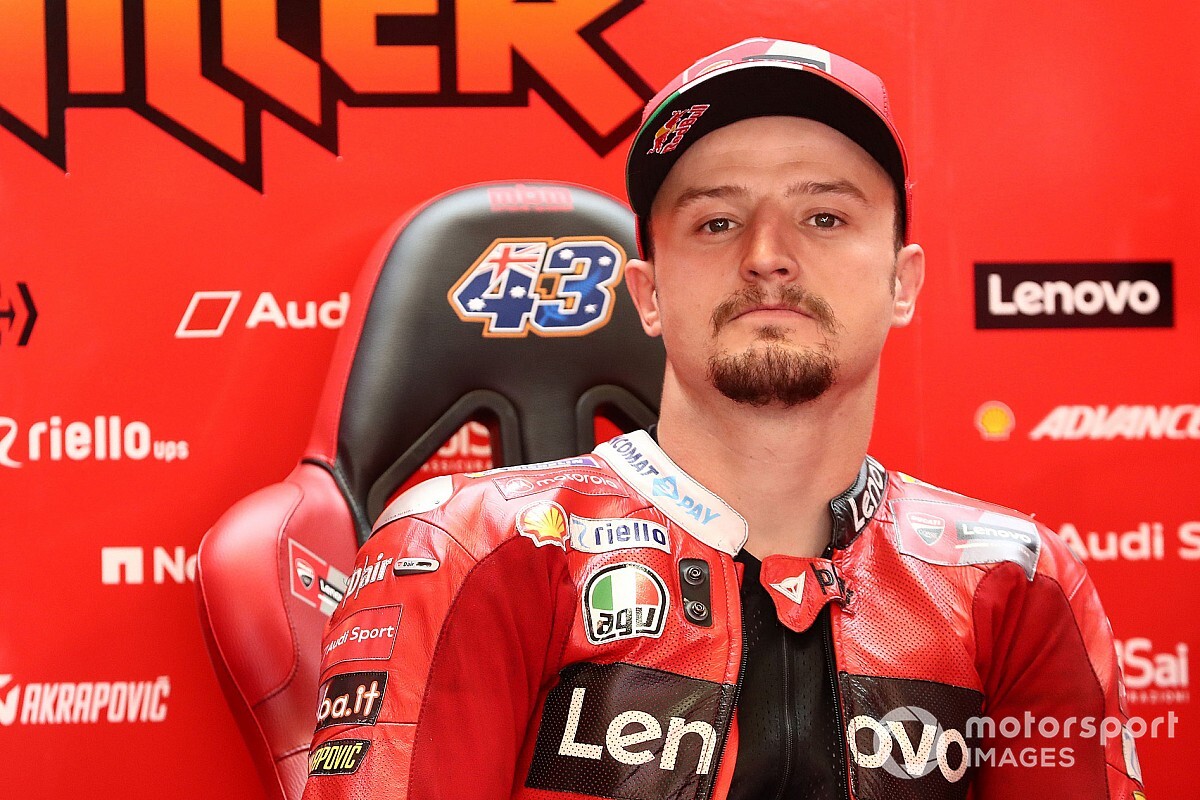 On Saturday at the Italian Grand Prix, 19-year-old Moto3 rider Dupasquier was involved in a horrible accident in Moto3 qualifying and sustained injuries which would ultimately prove fatal.

At the time it happened, a replay of the accident was shown on the world feed coverage before live shots of his trackside medical assistance were continually shown during the red flag delay.

Miller was unhappy with this on Saturday, but admitted that evening he forced the Ducati hospitality TVs to be unplugged due to the volume of replays of the crash that were being shown.

“Last night [Saturday] I had a dinner, we had Sky TV on in the hospitality and I made everybody unplug all the TVs because at the end I think I saw 10 f****ing replays of the crash,” Miller fumed.

“And I think this is unacceptable more than anything. You don’t know the situation, you don’t know what’s happening.

“We were all hoping and praying and for them to keep playing this shit shouldn’t happen. That they have access to this footage, it shouldn’t be there.

“But that’s the world we live in at the moment, it’s all about media and getting views. So, it is what it is.”

TV coverage of accidents has come under fire before, most notably after the terrifying Johann Zarco/Franco Morbidelli crash in last year’s Austrian Grand Prix.

Italian GP winner Fabio Quartararo said on Saturday after the incident that the live pictures of Dupasquier’s treatment was “not nice” to see – but conceded it’s not an easy situation for broadcasters.

“Actually, last year I think it was in Austria we saw the crash a lot of times and today we saw it I think once or twice,” Quartararo said.

“Then we saw also the corners, the helicopter. It’s not a nice scene to see before you are going to be at 350km/h a few minutes later.

“But I guess it’s not easy for us, but not easy also for the TVs. So, yes, you just need to make a reset when you start and try to focus on your job.”

KTM’s Brad Binder believes coverage of accidents can also be positive because it “calms” a rider if they see “some movement” from the person involved in the accident.

Asked by Motorsport.com if broadcasters should have a duty of care towards the riders and change its practices in this situation, he said: “It’s really a tough question, to be honest and I don’t really have an answer for it.

“It isn’t cool watching, but also at the same time it’s really good seeing when things are coming right and you’re seeing some movement there or anything like that, it really calms you. But it is what it is.”