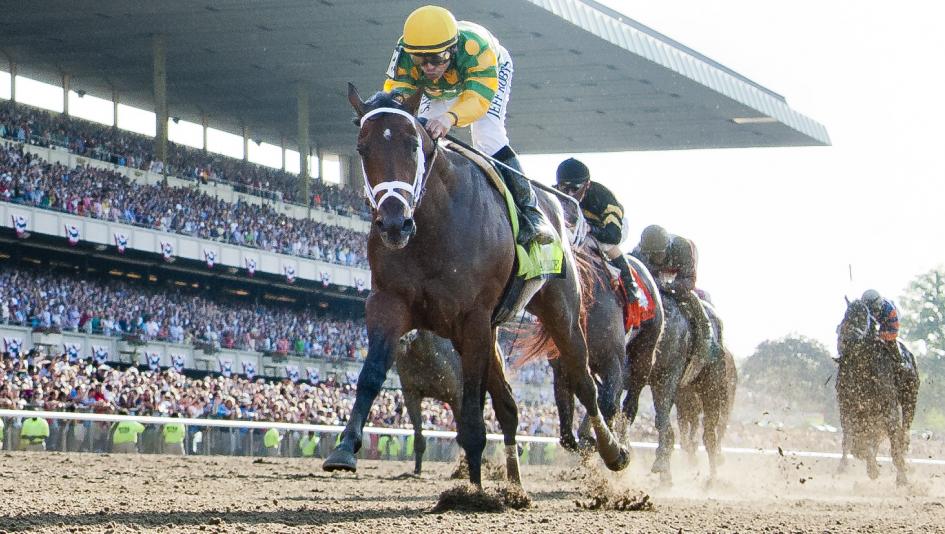 The final leg of the Triple Crown is rapidly approaching. The $1.5 million, Grade 1 Belmont Stakes Presented by NYRA Bets will take place on Saturday, June 5 at Belmont Park, bringing the three-race series to a close.

Held over the testing distance of 1 ½ miles, the Belmont Stakes is one of the most challenging Grade 1 races to handicap each year. It’s not uncommon for longshots to visit the winner’s circle, and the betting payoffs can be massive. When 24.75-1 longshot Ruler On Ice led a bevy of unheralded runners across the finish line in 2011, the $2 superfecta returned $74,052.

Fortunately, analyzing the recent history of the Belmont Stakes can point us toward tips and trends to make handicapping the race a little easier. Let’s dig in and define the profile of a typical Belmont Stakes winner using seven general rules:

Some handicappers assume the 1 ½-mile distance of the Belmont Stakes is beneficial to deep closers, giving them more time to catch up. But the truth is quite the opposite. Since 2010, only two horses (Sir Winston and Creator) have rallied from the back half of the pack to win the Belmont Stakes. Furthermore, 13 of the last 15 Belmont winners were racing within 4 ½ lengths of the leader after the opening half-mile, so it’s safe to say you don’t want to fall too far off the early pace in the Belmont.

Alumni from the Grade 1 Kentucky Derby Presented by Woodford Reserve have enjoyed the most success in the Belmont Stakes, winning 12 of the last 20 editions. Notably, eight of those 12 went directly from the Kentucky Derby to the Belmont; only four contested the Grade 1 Preakness Stakes in between, led by Triple Crown winners American Pharoah and Justify.

Belmont Park’s Grade 3 Peter Pan Stakes (or the Dwyer Stakes, an equivalent race held over the exact same conditions in 2010) has also proven productive as a steppingstone toward the Triple Crown’s final jewel. The 1 1/8-mile race has produced three Belmont winners (Drosselmeyer, Tonalist, and Sir Winston) since 2010.

The Belmont Stakes is often kind to unproven runners who have yet to taste victory at the graded stakes level. Over the last 15 years, seven Belmont Stakes winners entered the race without a previous graded stakes victory to their credit, most recently Sir Winston in 2019.

Now, six of those seven had placed at the graded stakes level, so they weren’t complete unknowns. But you definitely don’t have to be a proven Grade 1 winner to vie for victory in the Belmont.

Hall of Fame jockey Mike Smith has won the Belmont Stakes three times since 2010, more than any other jockey over the last dozen years. One of Smith’s winners was 4-5 favorite Justify, who led all the way to complete a sweep of the Triple Crown. But Smith has also guided the 13-1 longshots Palace Malice (a pace-tracking type) and Drosselmeyer (a mid-pack closer), so Smith’s mounts warrant respect under any and all circumstances.

This résumé alone is impressive, but wait – Pletcher’s statistics get even better! Over the last 15 years, he’s also saddled half a dozen Belmont runners-up and a trio of third-place finishers. In short, 26% of Belmont Stakes trifecta finishers since 2006 have been trained by Pletcher, a remarkable stat suggesting Pletcher is the king of the Triple Crown’s final jewel.

To put it another way, seven of the last 13 Belmont winners started at 11-1 or higher, suggesting thinking outside the box with longshots is a better strategy than relying on favorites.

Pedigrees matter in the Belmont Stakes, and sons of sprinters rarely prevail in the 1 ½-mile race. Indeed, 14 of the last 15 Belmont winners were sired by stallions who won Grade 1 races over 1 1/8 miles or farther. Class and stamina are prerequisites for success in the Belmont, and the progeny of stallions who excelled at high levels running long are more likely to visit the winner’s circle.

In handicapping the 2021 Belmont Stakes through a historical lens, we would ideally find a Todd Pletcher-trained longshot with some degree of tactical speed, sired by a Grade 1-winning router and slated to be ridden by Mike Smith, exiting either the Kentucky Derby or Peter Pan Stakes.

Such a specific combination is hard to find, of course, though a few runners come close. Pletcher’s Known Agenda won’t be a longshot, and he won’t have Mike Smith aboard, but the Grade 1 Curlin Florida Derby Presented by Hill ‘n’ Dale Farms at Xalapa winner does have some tactical speed and is a son of two-time Horse of the Year Curlin, who won a bevy of Grade 1 races over 1 1/8 miles or farther. Known Agenda didn’t get the best trip when finishing ninth in the Kentucky Derby Presented by Woodford Reserve and is eligible to improve while stretching out over 1 ½ miles in the Belmont.

Pletcher’s Overtook is also worth considering. Exiting a third-place finish in the Peter Pan Stakes, the son of Curlin doesn’t have much tactical speed, but he’s bred top and bottom to thrive over 1 ½ miles and has yet to win a graded stakes, so he’s likely to start at double-digit odds.

One runner who misses on several of the historical Belmont trends is Preakness Stakes winner Rombauer, who skipped both the Kentucky Derby and the Peter Pan. Sire Twirling Candy failed to win a Grade 1 race over 1 1/8 miles or farther, and Rombauer tends to be more of a deep-closing type than a speed horse. He’ll also be a short price in the betting, so history suggests others might be preferable for playing on top.

Grade 2 UAE Derby Sponsored by Emirates NBD winner Rebel’s Romance is another horse with obstacles to overcome. While he does have Mike Smith in his corner, Rebel’s Romance failed to contest the Kentucky Derby or Peter Pan, and his sire – Dubawi – secured his Group 1 victories (the European equivalent to Grade 1 stakes) running one mile or less, rather than 1 1/8 miles or farther.

Meanwhile, possible Belmont Stakes favorite Essential Quality is a mixed bag of credentials. The Brad Cox trainee is reasonably tactical and is a son of 1 1/8-mile Grade 1 Wood Memorial winner Tapit, who has already sired three winners of the Belmont Stakes. Furthermore, Essential Quality is exiting the Kentucky Derby, where he finished fourth by just one length after racing wide. But do we want to count on a favorite when longshots have been outperforming short-priced runners in the Belmont?

Suffice to say, the 2021 Belmont Stakes is shaping up to be a wide-open event, so hopefully history will help us narrow down the list of key contenders. Good luck with your handicapping, and enjoy the race!

Party Guide for the 2021 Breeders’ Cup

Mutamakina Shines in E.P. Taylor to Lead a One-Two Finish for Trainer Clement