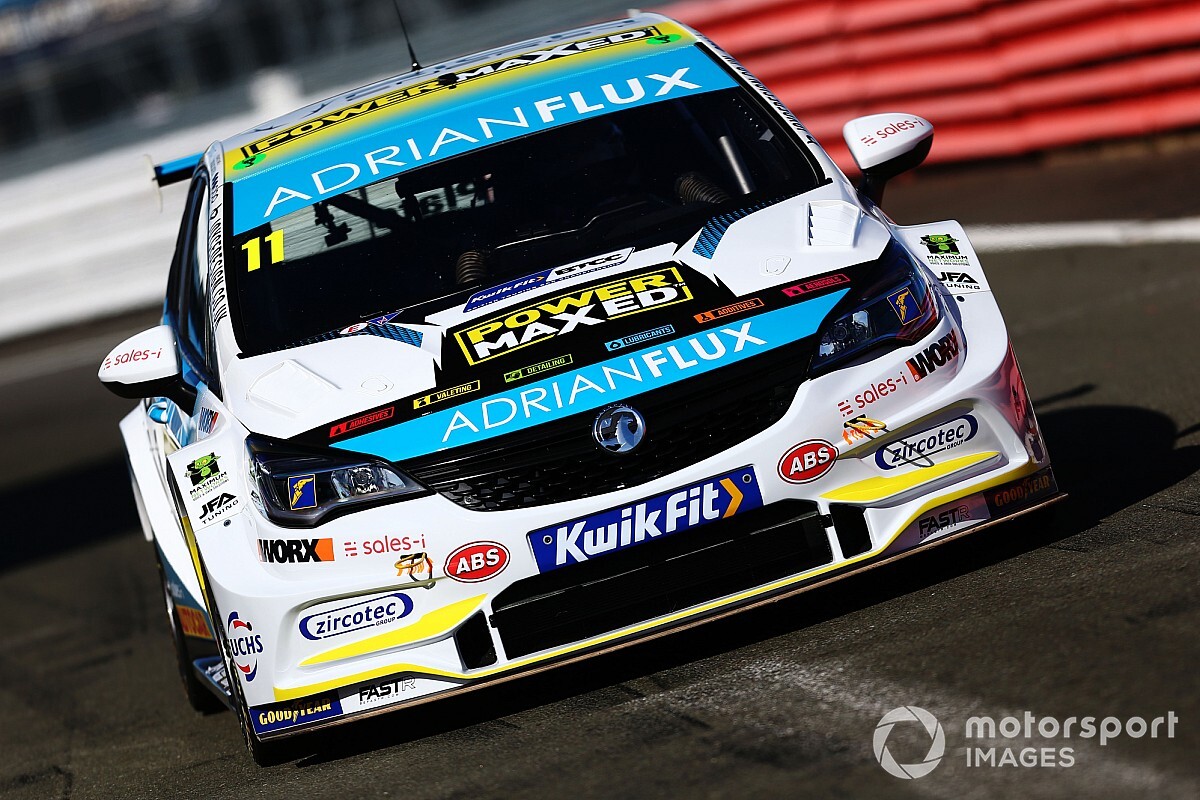 The two-time BTCC champion found himself watching the championship from the sidelines after his Power Maxed Racing squad elected to withdraw its two full-time entries and roll over the budgets to 2021 due to the Covid-19 pandemic.

While the Vauxhall team fielded a single car for various drivers in six of the nine rounds last year, Plato was absent from the BTCC grid for the first time since 2003.

During lockdown the 53-year-old has revealed the time away from the track allowed him to reassess his career and contemplate perhaps calling time on his glittering BTCC career.

However, Plato says he quickly swatted away thoughts of retirement and the winner of a record 97 BTCC races is now champing at the bit to make a return with PMR at this weekend’s Thruxton season opener.

“I’ve been in this series for a long time and before a year is done you are already planning for the next, so you never really get an opportunity to sit and reflect and even ask a simple question like ‘Am I still enjoying this?,’” Plato, who made his BTCC debut in 1997, told Motorsport.com.

“The whole lockdown thing gave me a chance to sit back and think about it. I was pleasantly surprised because I didn’t know where that thought process was going to end up to be honest.

“It was a really useful exercise to have been given the opportunity to sit and think about things in the cold light of day without being on the motor racing hamster wheel where you are pedalling all the time. I sat and thought ‘Do I want to do this?’ and actually I never doubted it and the answer was ‘Yes’ so that is great.

“Consequently batteries have been recharged and I’m ready, and I can’t wait to get going.”

Having navigated through that thought process, Plato is as determined as ever to succeed on the track as he chases down a remarkable milestone of 100 race wins and a third BTCC title.

“It is very simple to me. If I’m wanted by teams and I still want to get up in the morning and go do it and I still enjoy it and I’m competitive, and I can get all the commercial side of things right, I’ll do it until I’ve had enough,” he added.

“At the minute this ‘having enough thing’ is just not in my vocabulary.”

BTCC title battle is the toughest ever

Looking ahead to his BTCC return, Plato believes he can challenge for another title to add to his 2001 and 2010 crowns.

Considering the talent on the grid and how competitive the championship is these days, he believes the task of winning the title is arguably the toughest it’s ever been.

“On paper you could argue it is the toughest one [championship] ever and there are lots of reasons for that,” said Plato, who was fifth fastest in last month’s official pre-season test at Silverstone.

“One reason is, and this has only really happened in the last few years when they went to the bigger tyre, but tyre management isn’t really important any more.

“Back in the old days you really had to be really good at managing your tyres. They are pretty easy to manage now. I think they are too good and too robust.

“Also all the engineers have moved around to different teams over the last eight or nine years, so all the intel has been passed from team to team, so pretty much every car is pretty sorted. If you can’t sort it, the delta between a good guy and really good guy is probably about a couple of tenths so it’s really competitive.

“Then you have the BTCC success ballast and reverse grids, so it is really getting harder and harder each year. Every single round counts and you can’t afford to have one bad event. It is a really tough thing to win, it really is.”