Win2All DISCOVER THE ART OF PUBLISHING
Home Business Markets How the EU and AstraZeneca ended up in court, and what next By Reuters 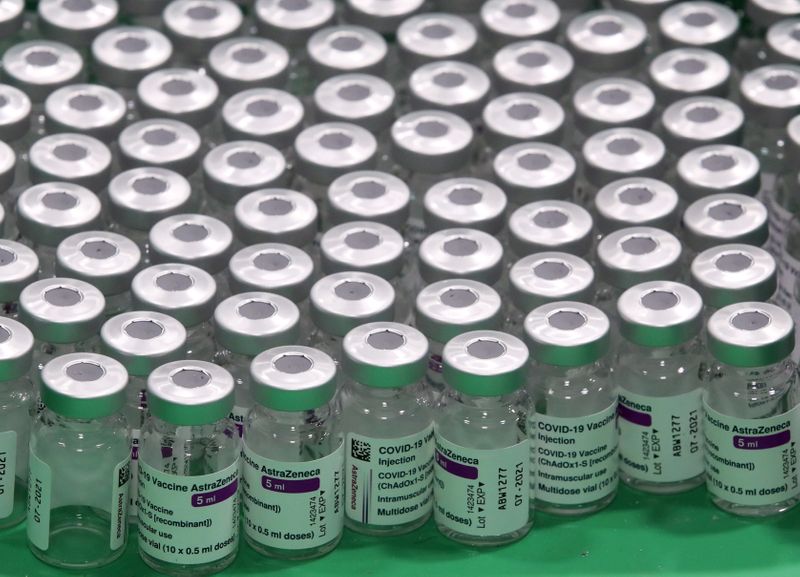 BRUSSELS (Reuters) – The European Commission has launched legal proceedings against Anglo-Swedish drugmaker AstraZeneca (NASDAQ:) for not respecting its contract for the supply of COVID-19 vaccines, and for not having a “reliable” plan to ensure timely deliveries.

A first hearing in the case will be held at the Brussels Court of First Instance from 9 a.m. (0700 GMT) on Wednesday.

The proceedings will be public and conducted under an emergency procedure, which means they could be concluded in a matter of weeks, the European Union’s executive Commission said.

HOW DID IT COME TO THIS?

The EU’s decision to sue AstraZeneca came after the company repeatedly cut supplies to the 27-nation bloc, contributing to major delays in Europe’s vaccine rollout, which has lagged those in Britain and the United States.

Under the contract, which was drawn up under Belgian law, the company committed to making its “best reasonable efforts” to deliver 300 million vaccine doses from December 2020 to June 2021, including 180 million in the current second quarter.

However, the company said in a statement on March 12 that it would aim to deliver only one-third of that 300 million total, of which about 70 million would be in the second quarter.

A week later, Brussels sent a legal letter to AstraZeneca, in the first step of potential court proceedings.

WHAT DOES ASTRAZENECA SAY?

AstraZeneca says the EU’s legal action is without merit, argues that it complied with the contract, and has pledged to defend itself robustly in court.

WHAT’S IN IT FOR THE EU?

EU officials say the aim of the lawsuit is to compel AstraZeneca to deliver more vaccines than the number it has said it would aim to deliver.

The EU wants as many as possible of the promised 300 million doses, but would settle for 130 million by the end of June, an EU source familiar with the discussions told Reuters.

Brussels will also want AstraZeneca to explain to the court how it spent more than 224 million euros ($270 million) granted by the EU last September to buy vaccine ingredients, and for which the bloc said the company did not provide sufficient documents confirming the purchases.

If successful in court, the EU would send a warning to other vaccine suppliers. Pharmaceutical Johnson & Johnson (NYSE:) has warned the EU it may not deliver the 55 million doses of its COVID-19 vaccine that it contracted to supply in the second quarter.

WHAT ARE THE RISKS FOR THE EU?

Some member states were initially reluctant to sue AstraZeneca on the grounds that it would take too long and, rather than speed up deliveries, only exacerbate tensions with a company they are still counting on for their vaccine campaigns.

If the EU loses its case in the Brussels court, it would be a public relations blow on top of criticism over its handling of vaccine purchase agreements and rollout of shots.

HOW FAR IS THE EU STILL RELYING ON ASTRAZENECA?

The AstraZeneca shot developed by Oxford University was supposed to be the main one in the EU vaccination campaign for the first half of this year.

However, the EU has now distanced itself from the company due to the supply problems and concerns over the efficacy and safety of the vaccine.

The bloc has forgone another 100 million AstraZeneca shots that it had an option to buy under the contract signed last August, and is now relying mostly on the Pfizer-BioNTech vaccine to inoculate at least 70% of EU adults by the end of July.

Still, while the AstraZeneca shot has been linked to very rare cases of blood clots, the EU drug regulator has recommended its use to contain the spread of COVID-19.